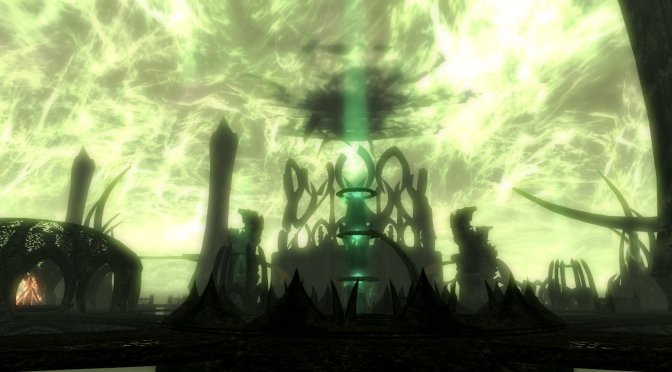 Furthermore, this quest will assume you have completed both the main quest and Dragonborn, since it is a bit of a sequel to the Miraak story as well.

Here There Be Monsters – The Call Of Cthulhu features giant otherworldly monsters and terrifying new enemies. It also has custom armors and weapons, as well as unique spells and shouts. Moreover, it will allow you to explore the eerie Plateau of Leng, in the Dreamlands of Vaermina.

Last but not least, this mod is only available for the Original version of Skyrim. Owners of the Special Edition will not be able to use/run it.

You can download Here There Be Monsters – The Call Of Cthulhu from here. You can also download its prequel from here.