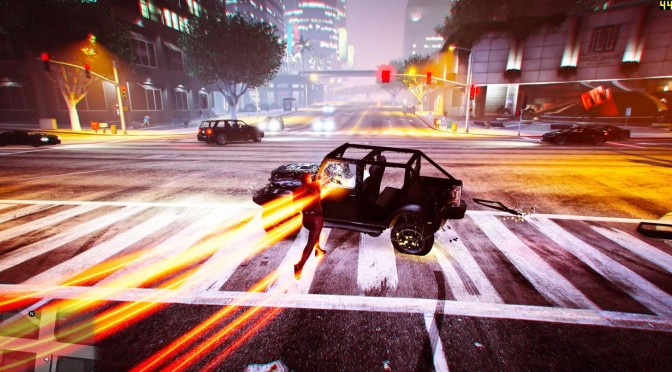 Talented modder ‘JulioNIB’ has released a new mod for Grand Theft Auto V that gives players the ability to become the Flash. Thanks to this mod, players can have super abilities like running fast, auto-healing, walking on water, running walls and causing heart attack to enemies. Hell, you can even cast a tornado if you want to.

You can download this mod from here. Do note that you need  ScripthookVDotNet installed and working to run this mod.

Here are the key features of this Flash mod for GTA V:

JulioNIB also recommended the following Flash suits, so be sure to download them as well.