CD PROJEKT RED announced today that worldwide pre-orders for The Witcher 3: Wild Hunt have exceeded 1 million. The game is scheduled to launch on May 19th and promises to be one of the best RPGs to date (yes, despite all this controversy surrounding its visuals).

“We’ve crossed the 1 million pre-order milestone and it’s all thanks to you guys! We would like to thank all the gamers for their trust and support. This is the last stretch and we’re pushing hard – over the last two weeks, we’ve increased performance on all platforms and started working full speed on the expansions, Hearts of Stone & Blood and Wine.”

Set within a truly open world, the game puts you in the role of a wandering bounty hunter and monster slayer, Geralt of Rivia. In The Witcher, you take on the greatest contract of your life – tracking down the Child of Prophecy, a living weapon that can alter the shape of the world.

The game will receive 16 entirely free DLCs that will be available for every gamer owning a copy of Wild Hunt. The DLCs will be released in pairs on a weekly basis, starting from May 20th. 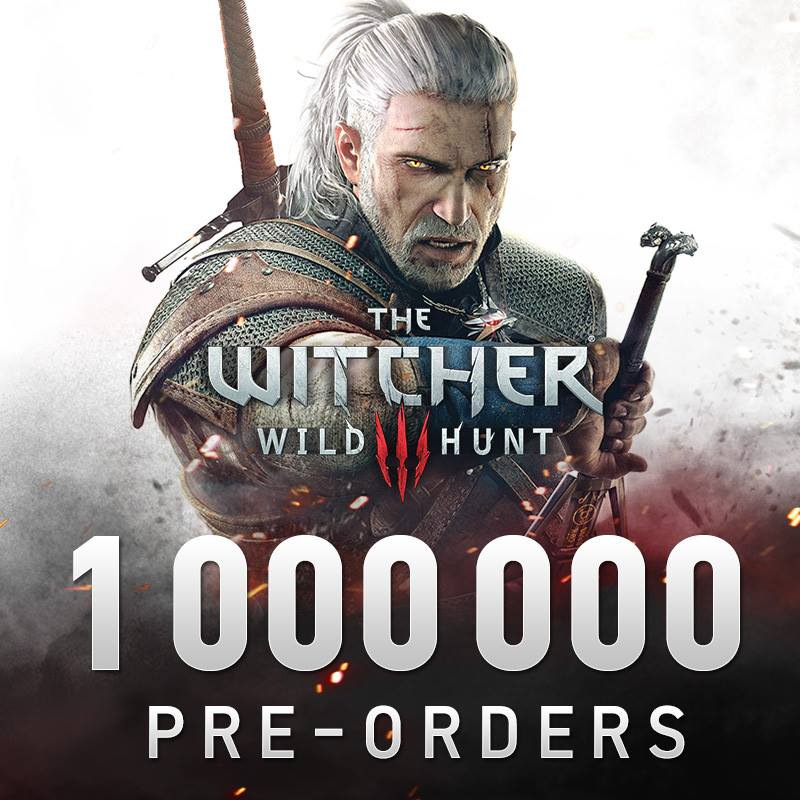