Cyberpunk 2077 is one of the most anticipated titles of 2020. We already know that the map will be smaller compared to Witcher 3. But unlike the Witcher 3, Cyberpunk 2077 will feature tall buildings, which the player can explore.  And now we have the first look of the map.

The World of Cyberpunk 2077 Deluxe Edition is a lore based book that will be available after the release of the game. The book will contain various things, such as a Night City map cover, a slipcase featuring Night City graffiti, a Johnny Silverhand Poster, four vehicle postcard and some temporary tattoos taken from the Night City gangs.

Below you can see a part of the game’s map. This is probably not the full map. Nonetheless, you can get a general idea of the Night City and the surrounding areas. 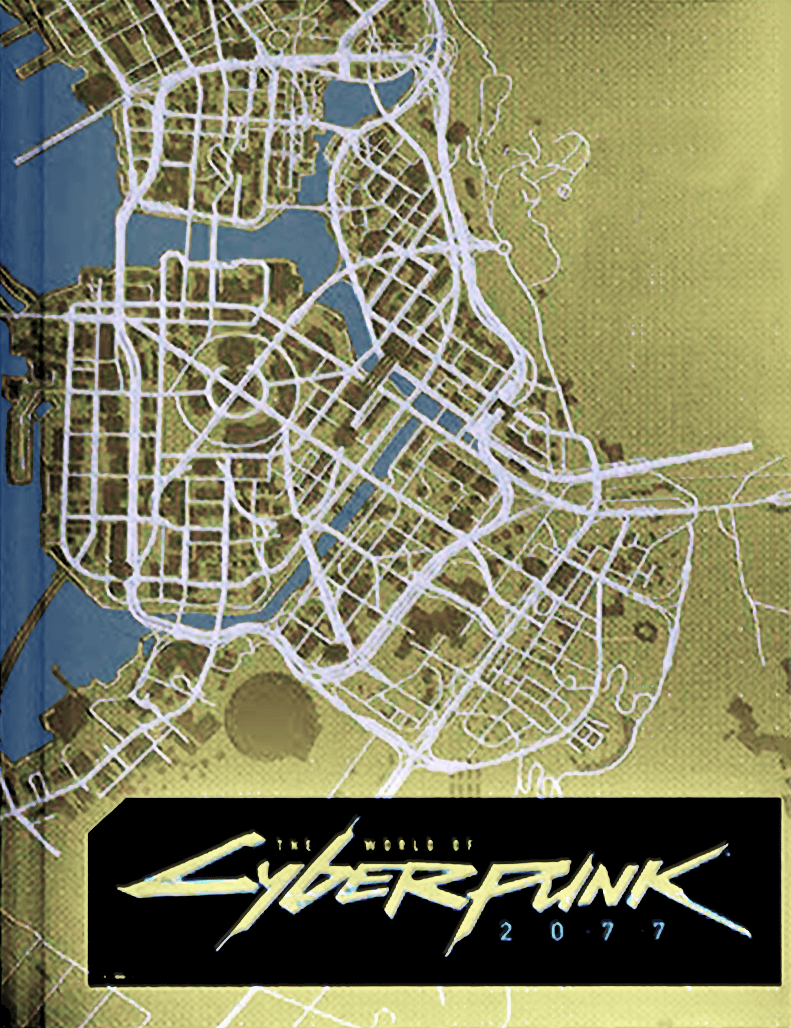