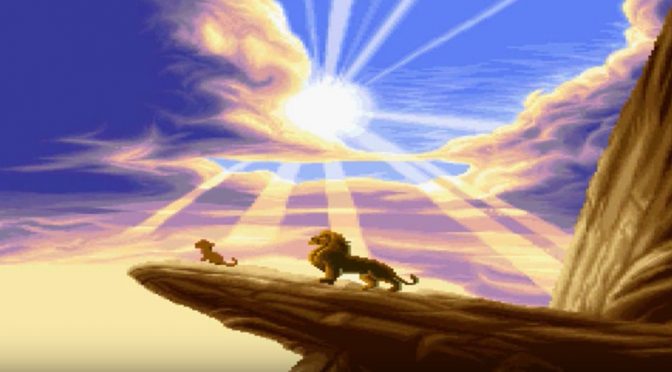 Disney has just announced, at GameStop Con, that there will be HD remasters for two of our beloved 16-bit games; The Lion King and Aladdin. These two remasters will be bundled together and will come out in October 2019.

Both of these HD remasters will be playable in original and 1080p resolutions, and include their original soundtracks. Moreover, they will pack some new features. For example, the remasters will have fast-forward and rewind functionalities. These features will allow players to jump to any part of the game. Not only that, there will also be a feature that will show the player how to clear a stage.

Disney has not announced whether there will be major visual/graphics improvements. We also don’t know whether these releases will feature both the SNES and Genesis versions. Some reports suggest that the collection will include them, however there is no official word yet.

According to reports, this collection will be available for pre-order tomorrow at GameStop. As such, we may get more details about this HD remaster bundle tomorrow or later today.

We’ll be sure to update this story once we receive more details about the bundle, so stay tuned for more!

The Lion King and Aladdin HD bundle is officially coming to the PC. The bundle will feature multiple classic versions (both 8bit and 16bit) and is currently scheduled for a Fall 2019 release.