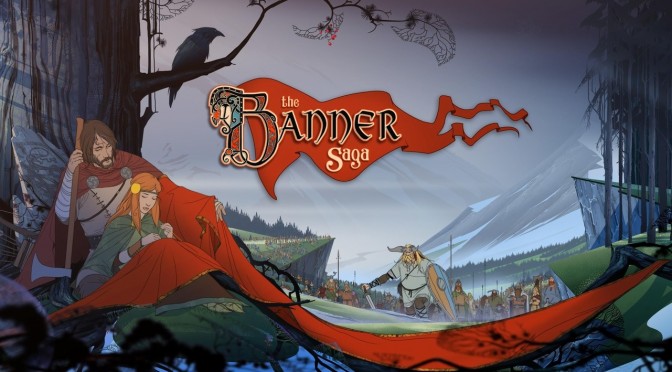 Sold Out Sales & Marketing Limited has today announced that The Banner Saga will be heading to retail stores on July 25th. The Viking-themed tactical role playing game from Stoic – which has won countless awards for its beautiful, atmospheric but brutal gameplay – will be available as a physical release for the first time ever.

This special Collector’s Edition will include the core game along with the Official Soundtrack and the Insane Viking Pack – the latter, originally an exclusive preorder incentive, now unavailable to buy outside of this edition.

The Banner Saga is a single-player turn-based strategy game with a unique visual style, in which players take charge of a wandering army sent to fight the warlike Dredge.

“There are some games which demand permanent display – and The Banner Saga is unquestionably one of those. This is the definitive version of the game – and the only way those who didn’t pre-order the digital version can experience the additional content. We’ve worked really closely with Stoic to create a pack which does their stunning game justice – we know it’ll go down well with fans new and old alike.”

As the press release notes, the announcement of The Banner Saga: The Collector’s Edition is further demonstration of Sold Out’s commitment to bring the very best indie digital releases to retail. The firm – which recently announced a partnership with Team17 Digital Limited to bring its forthcoming digital titles to retail – continues to actively seek new publishing opportunities.

The Banner Saga: The Collector’s Edition will be available on PC on July 25th, priced at £19.99.