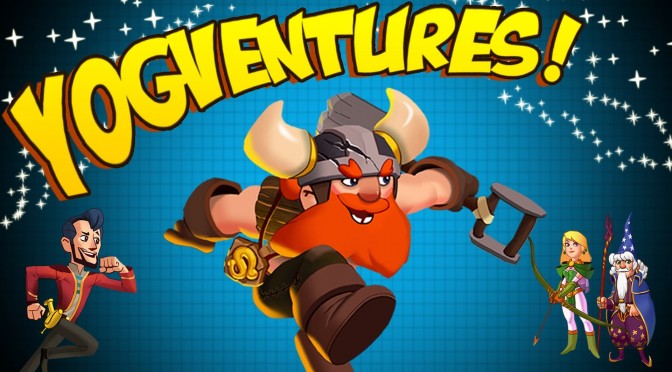 Kickstarters have been popping up like mushrooms lately, giving gamers the choice to back up a project that at least looks and sounds interesting. However – and as we’ve already claimed – gamers should be aware that some projects may never see the light of day. Yes, some may sound cool, others may sound original, and others may be innovative for their times. The thing is, there is no guarantee that the developers will meet their goals.

Back in 2012, Winterkewl Games launched a Kickstarter campaign for Yogventures. Yogventures meant to be an open world sandbox adventure game featuring characters developed by Simon and Lewis of The Yogscast. The game would be also coming with mod tools so that players could create their own levels.

“Yogventures is going to be an open world sandbox game designed first and foremost as a multiplayer experience. The game will allow you to create and shape worlds, then easily share them and play with friends! We’re going to take the idea of “build your own adventure” to the extreme. Yogventures will provide simple-to-use tools to design worlds that match your imagination and are packed with thrilling stories and epic treasures.”

Winterkewl Games had also provided a series of screenshots, showing a game that most of us would love to play. However, this project was too damn ambitious for such a small team, and things went downhill pretty quickly.

While the game was originally scheduled for a December 2012 release, it got – eventually – delayed indefinitely. Until yesterday when Yogscast co-founder Lewis Brindley sent an email to the game’s backers, informing them that the game was cancelled.

“As you may have heard, Winterkewl Games have stopped work on Yogventures – but this is actually a good thing. The project was proving too ambitious and difficult for them to complete with their six-man team.

Although we’re under no obligation to do anything, instead we’re going to do our best to make this right, and make you really glad you backed the project.

All Yogventure backers will get a Steam Early Access key for TUG.

In many ways TUG is the game we were hoping Winterkewl would create. It has huge potential for the future. We’ve been playing the Early Access version on Steam and you’ll soon be able to see us playing the game on Yogscast channels.”

In short, those who have backed up an X game are actually getting a… completely different Y game from another studio. Ironically, these backers should be thankful as – despite the fact that it is not obliged to – Yogscast is at least offering them a game.

All in all, gamers should be really careful with all the Kickstarter campaigns that have flooded them these past years. While most of them may sound interesting, there is high chance that they may never see the light of day. Also keep in mind that Yogventures is not the first game that was cancelled after a successful Kickstarter campaign.