Today, Steam set a new record for concurrent users as there were 15,053,189 Steam users online at the same time. The previous 14 million milestone was broken back in January 9th, and it took Valve eight months in order to reach the 15 million goal. 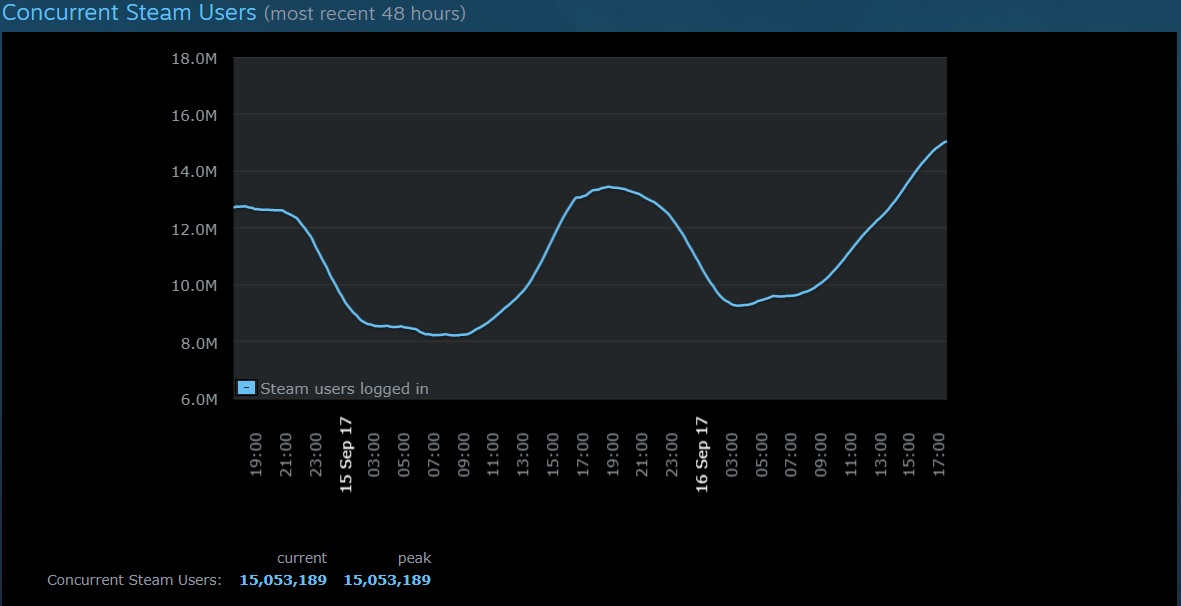 According to Steam’s graphs, PlayerUnknown’s Battlegrounds was the most played game today as it peaked at 1,349,584 gamers (slightly higher than we reported a few minutes ago). DOTA 2 comes second, followed by Counter-Strike: Global Offensive, Grand Theft Auto V, H1Z1: King of the Kill and Team Fortress 2. Tom Clancy’s Rainbow Six Siege is in seventh place, followed by ARK: Survival Evolved, Football Manager 2017 and Warframe.