Last week, we informed you about PlayerUnknown’s Battlegrounds surpassing one million concurrent players. As we stated back then, PUBG was really close to the highest Steam record for concurrent players that was set by DOTA 2. And today, that record has been broken.

According to Githyp and SteamSpy, PlayerUnknown’s Battlegrounds has set a new record of concurrent players. Today, this battle royale game had 1,348,025 players online at the same time. For comparison purposes, DOTA 2’s lifetime concurrent players peak was 1,291,328. 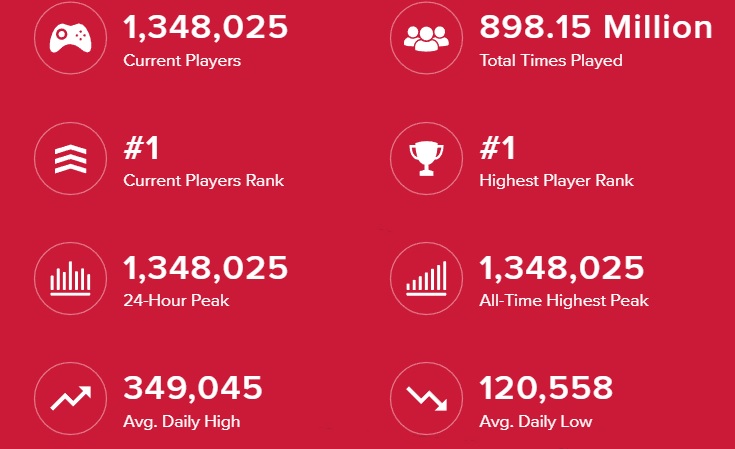 What’s really crazy here is that PlayerUnknown’s Battlegrounds is still in early access, meaning that this number will most likely get even bigger.

And that is that, there is nothing really more to add to this. Congrats to Bluehole Studio for releasing a game that has captured the interest of PC gamers, and for supporting it with new content and meaningful updates.