Yesterday, Steam set a new record for concurrent users as there were 17,686,886 Steam users online at the same time. The previous 15 million milestone we reported was back in September (obviously we missed the 16 million record). Moreover, it appears that Steam is nearing the 18 million milestone. 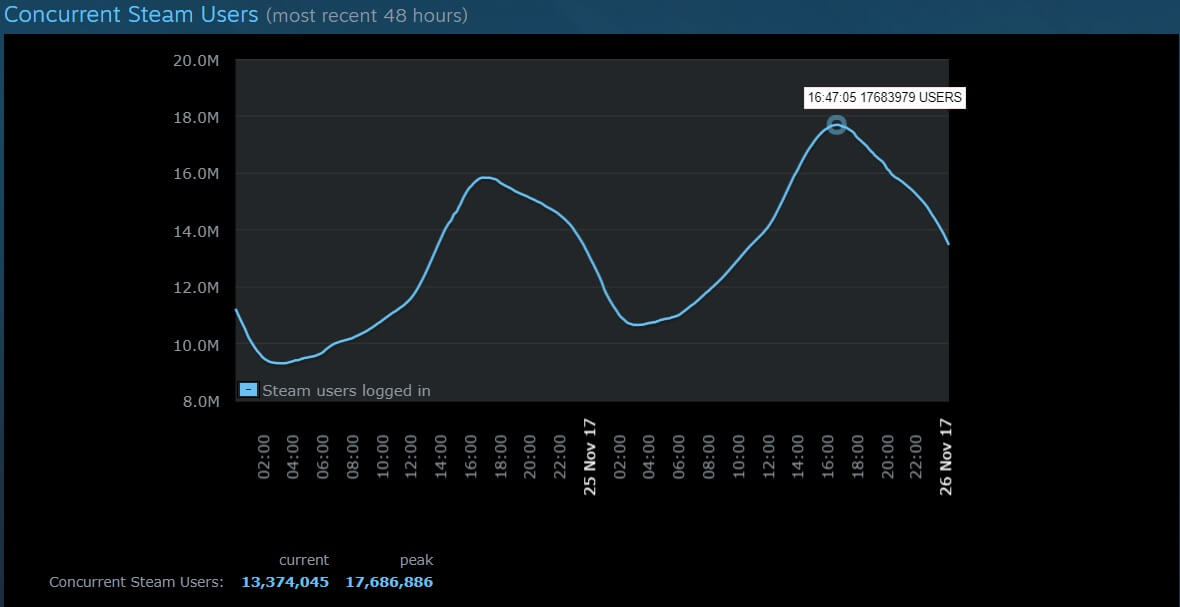 The third most played game was Counter-Strike: Global Offensive, followed by Tom Clancy’s Rainbow Six Siege and Team Fortress 2. Warframe was in sixth place, followed by Rocket League and Grand Theft Auto V. And in the last two places (for the Top 10), we find ARK: Survival Evolved and Football Manager 2018. 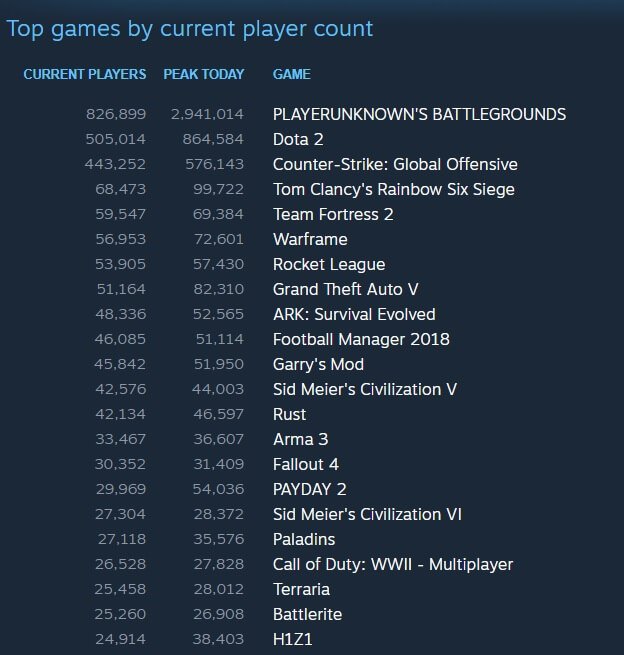 It will be interesting to see whether Steam will manage to surpass 18 million concurrent users in 2017. Let’s not forget that December will undoubtedly boost its numbers with all the new deals and offers. Furthermore, we are almost certain that PlayersUnknown: Battlegrounds will surpass 3 million concurrent players in December. After all, Bluehole will fully release the game next month.