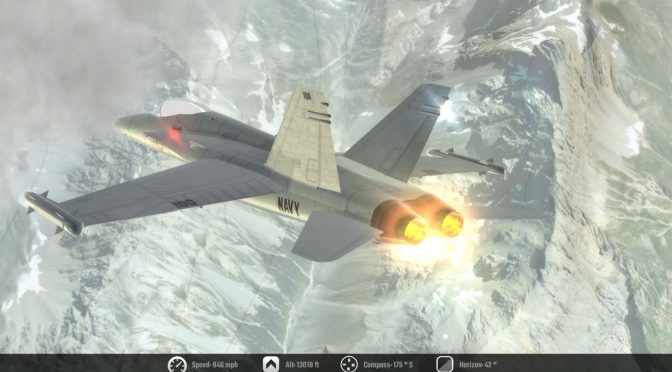 Flight sim fans, here is something for you today. Microsoft is currently offering Flight Unlimited 2K16 for free on the Windows Store. Flight Unlimited 2K16 comes with HD satellite imagery covering over 800 SQ Miles of the Bay Area, Switzerland, and Las Vegas. According to its description, the game features 4K HD cockpits for each aircraft modeled from the ground up and HD Volumetric 3D Clouds.

Regarding its gameplay features, the game offers trigger failures such as engine trouble and detached wings. Furthermore, it packs 14 aircrafts, each modeled with accurate flight physics.

Those interested can get their free copy from here. Do note that this game works exclusively on Windows 10.

It’s worth noting that most reviews for this game are Negative. Players report poor graphics (despite the tech mentioned above), mediocre controls and awful camera controls.

We should also note that this is a game that was – most probably – initially released on Android and iOS. In other words, don’t expect to be blown away, despite Microsoft’s efforts to make it sound cool.