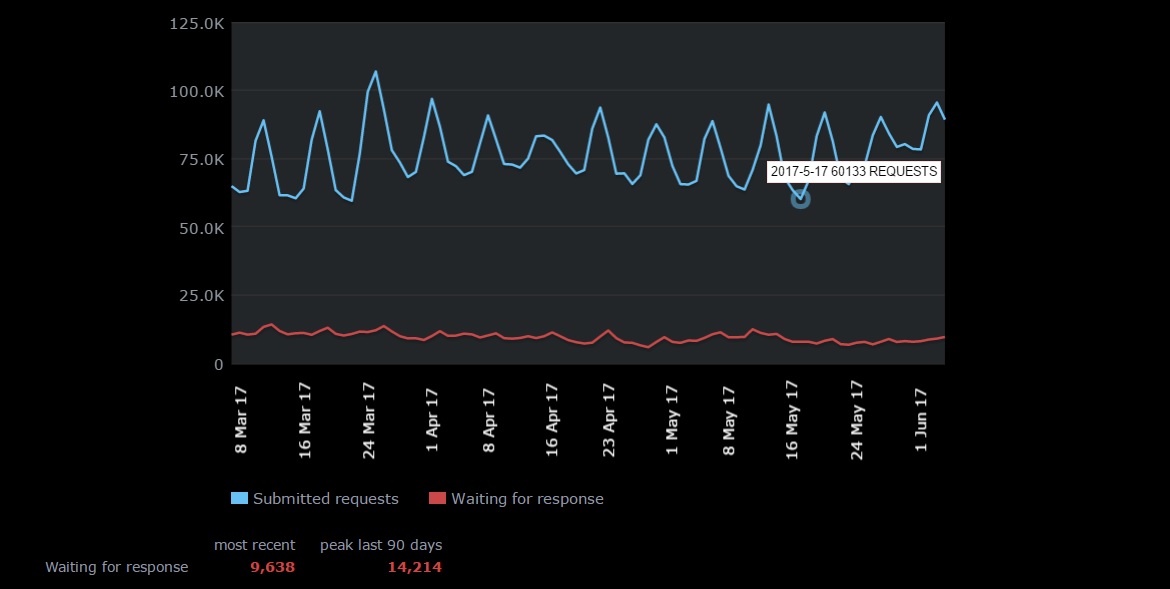 According to the stats, out of these 60K (and in some cases 100K) requests, only 9-12% of them are not being immediately addressed (as they are awaiting for a response). In addition, the typical response time for refunds is 48.75 minutes to 1.45 hours.