Valve has shared some interesting stats, revealing that it receives over 50K refund requests per day. Moreover, the team unveiled its hardware and software survey for April 2017.

What’s really interesting here is that Valve out of these 50K (and in some cases 90K and even 100K) requests, only 1/5 of them are not being addressed (as they are awaiting for a response). In other words, Valve’s accepts the 80% of the submitted requests for refunds in the very same day. 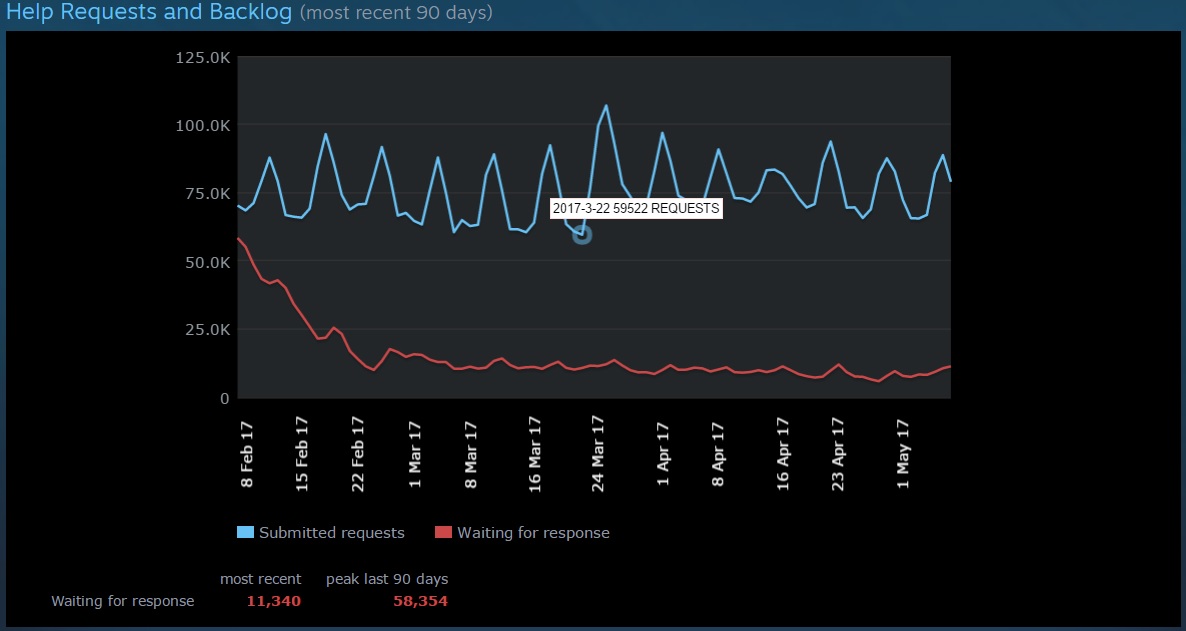 In other news, it appears that NVIDIA is increasing its dominance over AMD. The last hardware & software survey we covered was for November 2016. Since then, NVIDIA saw an increase of 2.92%, whereas AMD saw a decrease of 1.54%. Intel also saw a decrease of 1.33%. 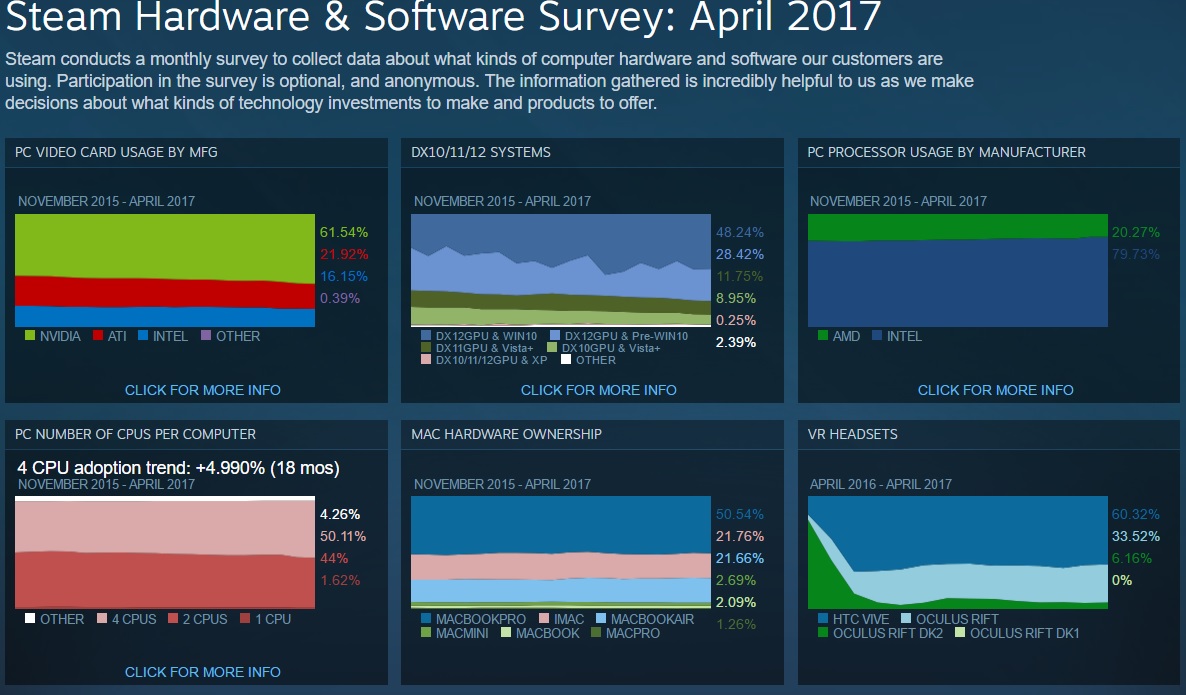 But what about the number of CPU cores per computers? According to the survey, 50.11% of the survey-takers own a quad-core CPU, while 44% own a dual-core CPU. Only 4.26% has a CPU with more than four CPU cores, and 1.62% is still on a single-core CPU. To put things into perspective, quad-cores gained a 2.31% increase (compared to November 2016) whereas dual-cores saw a 1.9% decrease. Interestingly enough, the amount of owners of CPUs that feature more than four CPU cores has been decreased by 0.24%.