As we’ve already reported, Steam broke its 23 million goal of concurrent players on March 30th, 2020. And after four days, Valve’s service was able break yet another record. According to the official Steam stats, there have been 24,157,126 online players. 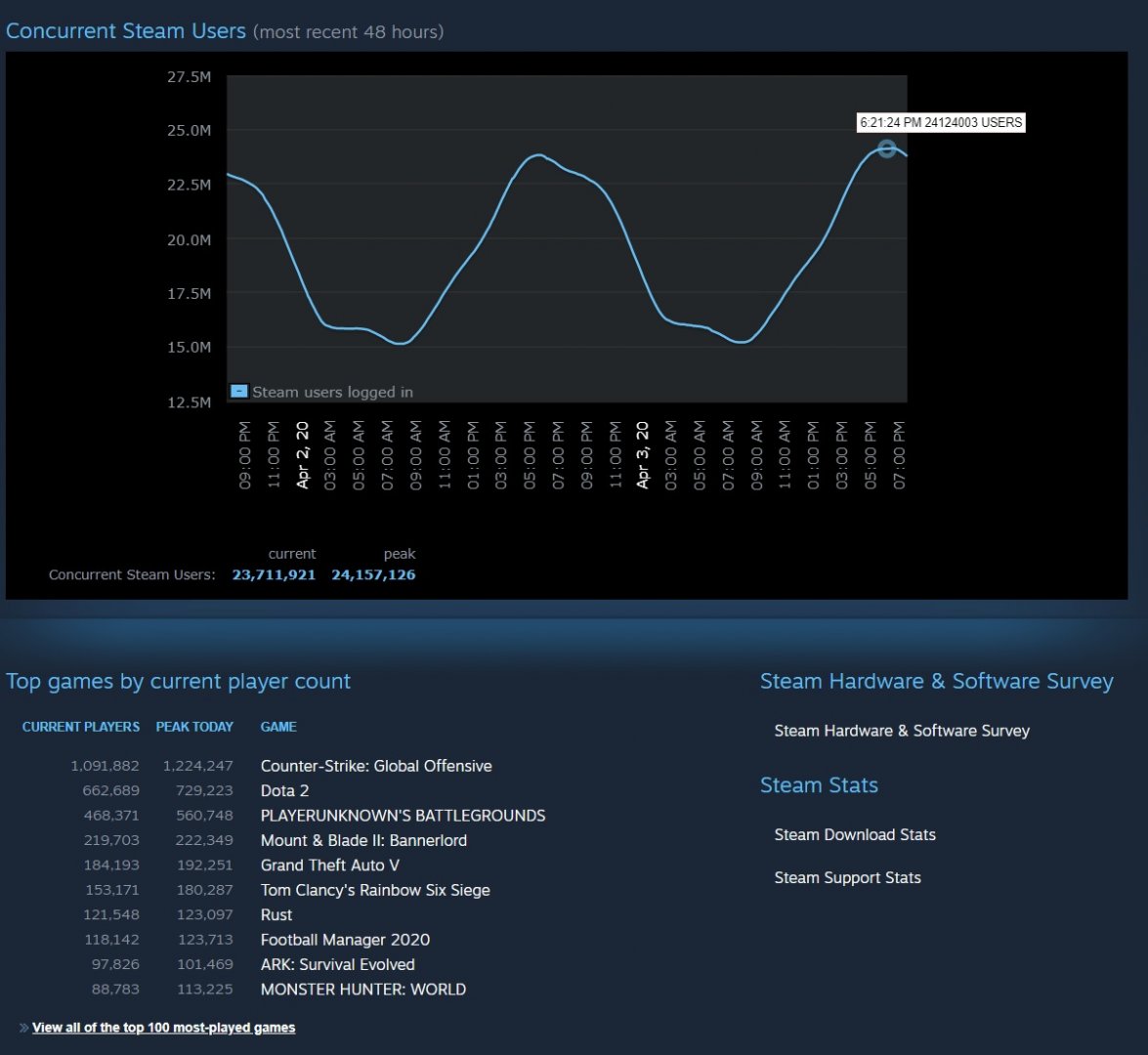 It’s really interesting looking at the top 10 games by concurrent player count, and comparing with the previous ones. As we can see, CS:GO, DOTA 2 and PUBG remain in the first three places. Mount and Blade 2: Bannerlord was able to hit the fourth place, and Grand Theft Auto 5 is now in the fifth place. Rainbow Six Siege also lost one place and Rust was able to hit the sixth place. Football Manager 2020 is in the eighth place and ARK: Survival Evolved is in the ninth place. Lastly, in the tenth place, we find Monster Hunter World.

Now I don’t know whether Steam will be able to hit 25 million concurrent players. As we can clearly see, the peak number is slightly over the 24 million mark. So yeah, it may take a while until we see Steam breaking this latest record.