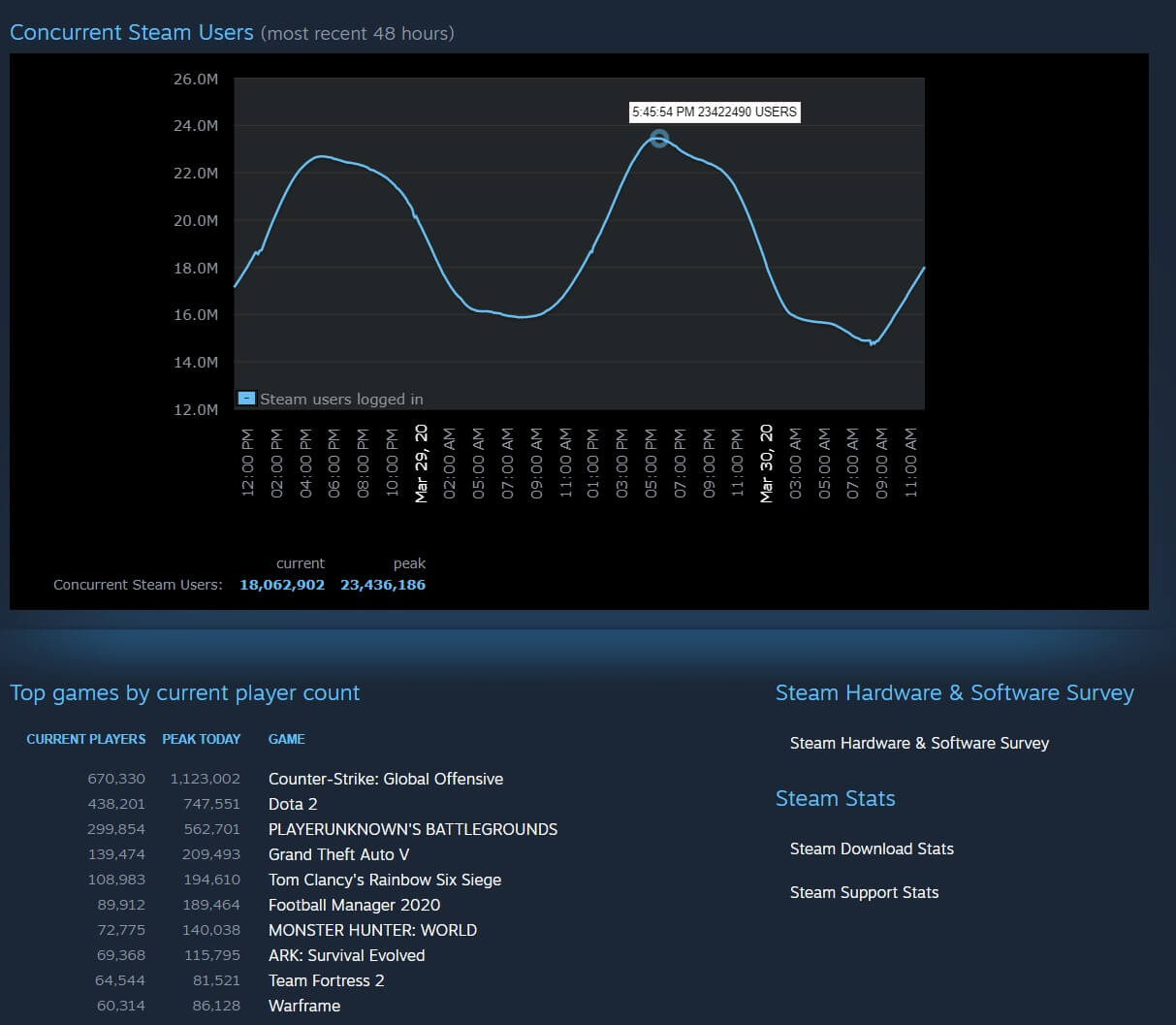 As we’ve already stated, this is due to the Coronavirus outbreak. Instead of roaming the streets and spreading the disease, PC gamers are staying home, playing video-games. Thus, Steam now has over 23 million concurrent players. To be more precise, Steam has peaked at 23,436,186 concurrent players.

Furthermore, we can also take a glimpse at the top 10 most played games on Steam so far. Counter-Strike: Globall Offensive and DOTA 2 are in the first two places, whereas PUBG is in the third place. GTA V is in the fourth place, followed by Rainbow Six Siege and Football Manager 2020. Capcom’s Monster Hunter World is doing great as it’s in seventh place. Lastly, in the last three places we find ARK: Survival Evolved, Team Fortress 2 and Warframe.

It will be interesting to see whether Steam will break another record later this month or in April. My guess is that we’ll soon see it hitting 24 million players. After all, it came really close to it yesterday.