Man, what a clusterF. Earlier today, Square Enix released a new trailer for NieR Automata. And surprisingly enough, a version of that trailer featured a release date for the PC version. According to that trailer, that was available on Square Enix’s press site, NieR Automata was coming to the PC on March 10th. However, and as we’ve already said, it appears that the PC version will be delayed.

Square Enix has replaced that trailer in its press site with another, and in there is no sign of a PC release date in this new one. This new trailer only mentions the PS4 release date.

For what it’s worth, here is a screen-grab from the earlier trailer mentioning the PC release date. 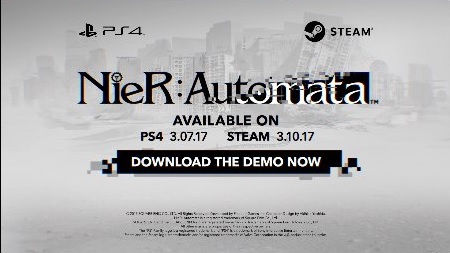 And here is a screen-grab from the new trailer (that is the same with the one that Square Enix shared via its official media channels). 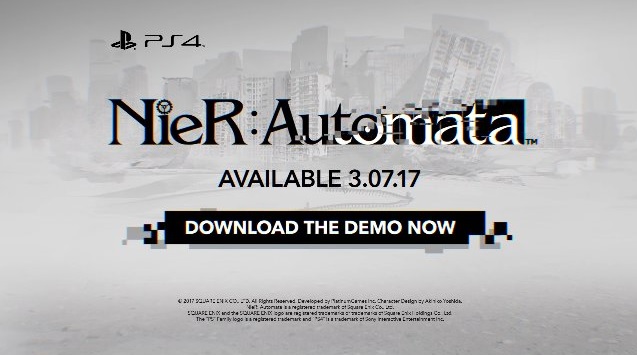 Yesterday, we informed you about the possible delay of NieR Automata PC. As NieR Automata’s producer, Yosuke Saito, claimed, PlatinumGames is currently working on the PC version, however they (PlatinumGames and Square Enix) don’t want to release a broken game and will have to do something about the piracy that plagues the PC platform.

Whether this delay is due to console time-exclusivity deals or not remains to be seen. The point is that when this latest trailer was originally created, Square Enix planned to release the Steam version on March 10th. However, this is no longer the case. Moreover, and according to the latest press release, NieR Automata will be coming to the PC later this year.

“NieR: Automata, developed by SQUARE ENIX and PlatinumGames Inc., will release in North America on March 7 for the PlayStation® computer entertainment system and Steam® in 2017.”