Okay, let’s get two things straight: a) this is not an April’s fools joke and b) take everything you are about to read with a grain of salt. Spanish retailer ‘xtralife’ has listed Metal Gear Solid V: The Phantom Pain for the PC. Do note that the listing was spotted yesterday, on March 31st. In other words, it did not go live today.

According to the retailer, MGS V will be coming to the PC next March (March 12th, 2015… that’s on Thursday mind you) and will be priced at 50.99€. The interesting part here is that gamers can pre-purchase the game and get a discount. 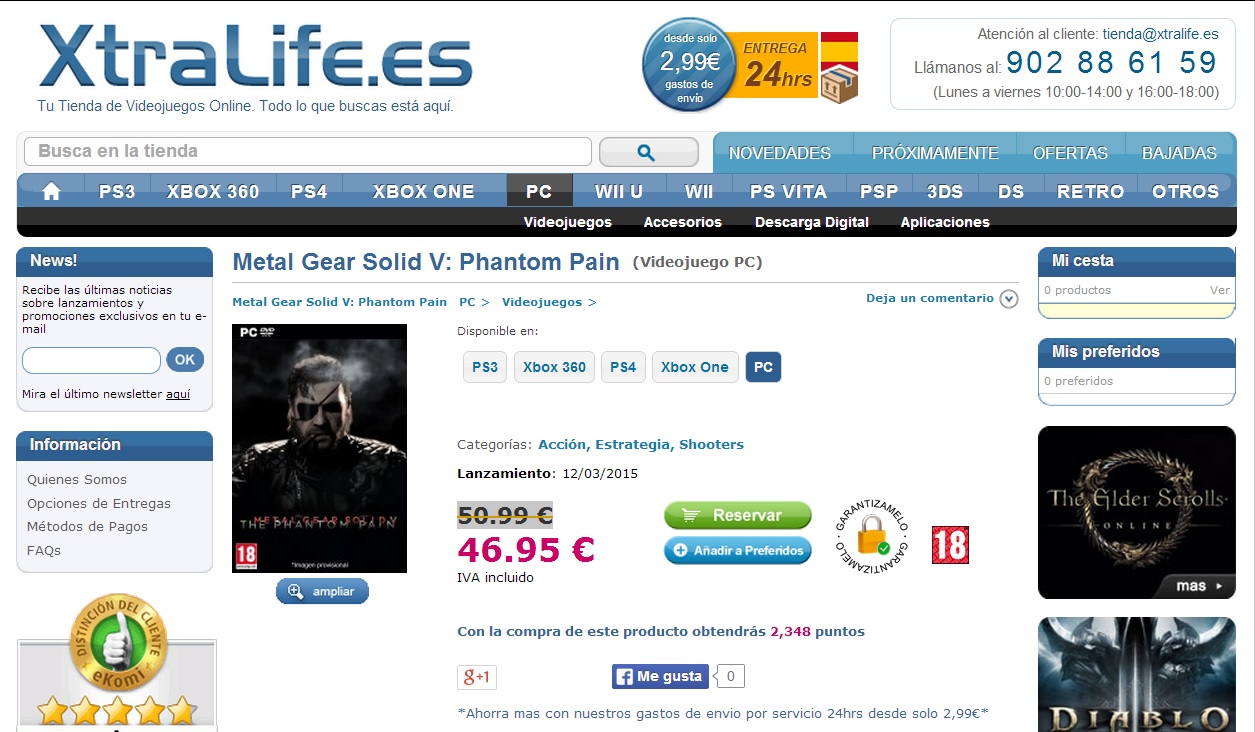 For those wondering, Spain does not celebrate today April’s fools day. In other words, this is not a joke. In Spain there is the “Innocent’s Day” – similar to April’s Fools day – that is celebrated on December 28th.

Still, this does not mean that MGS V is confirmed for the PC. For all we know this may be a placeholder and nothing more, which is precisely why we’re marking this story as a rumor.