City Interactive’s development team is smartly utilizing the CRYengine3’s power as evidenced by this new pack of screens that beautifully illustrates the level of depth and detail of the Sniper: Ghost Warrior 2 mission that takes place deep in the jungles of Burma.

Let’s hope that the end result will look similar to the following screenshots, though we doubt. 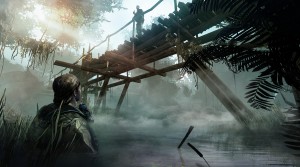