Electronic Arts has released the new Sim City game, a title that requires a constant internet connection in order to be enjoyed. And as you may have guessed, the game’s servers took a big hit during its launch day. As a result of that, a lot of gamers were unable to play their newly bought game, and got frustrated with EA’s policy over this issue, as well as possible refunds.

A lot of topics popped out on EA’s official forum, and among those there were some users who claimed that EA refused to refund them for Sim City. Not only that, but according to EA’s member ‘CalebPeters’ (spotted by Gamechup), an EA representative told him that they would ban his account if he was going to dispute it. 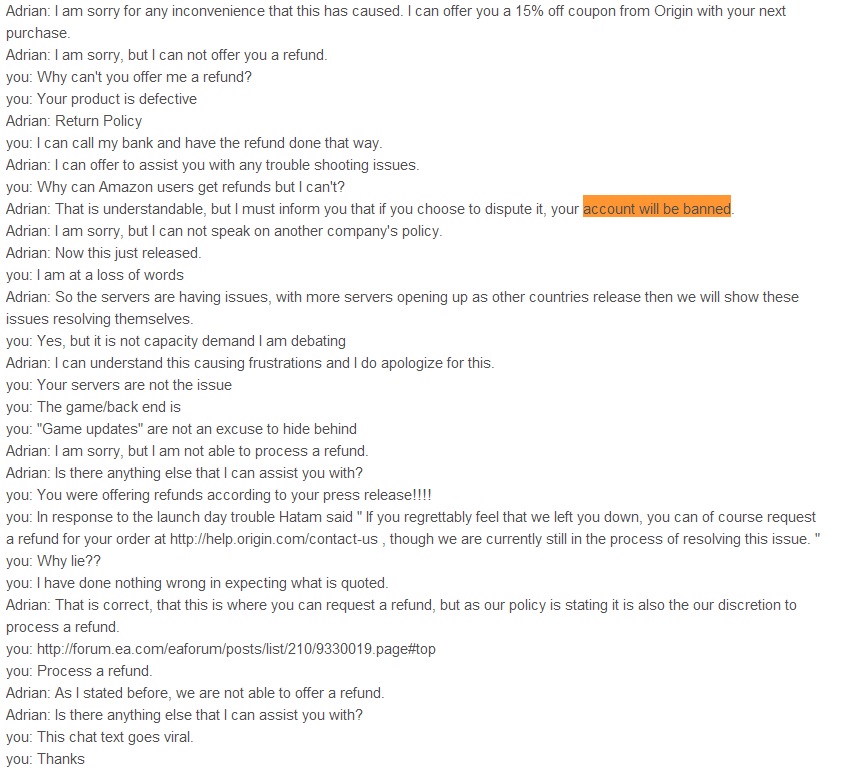 EA’s servers are back online as we speak, however the damage has already been done to the big publisher. Users are still upset with EA’s stance over the Dead Space 3 story (and how the company tried to exploit it with its micro-transactions policy), as well as the rumored development cease of Dead Space 4.