Microsoft’s Windows Store may have leaked the release date for the remastered collection of Shenmue 1 and 2. According to its official Windows Store page, the first two Shenmue games will release on August 21st. 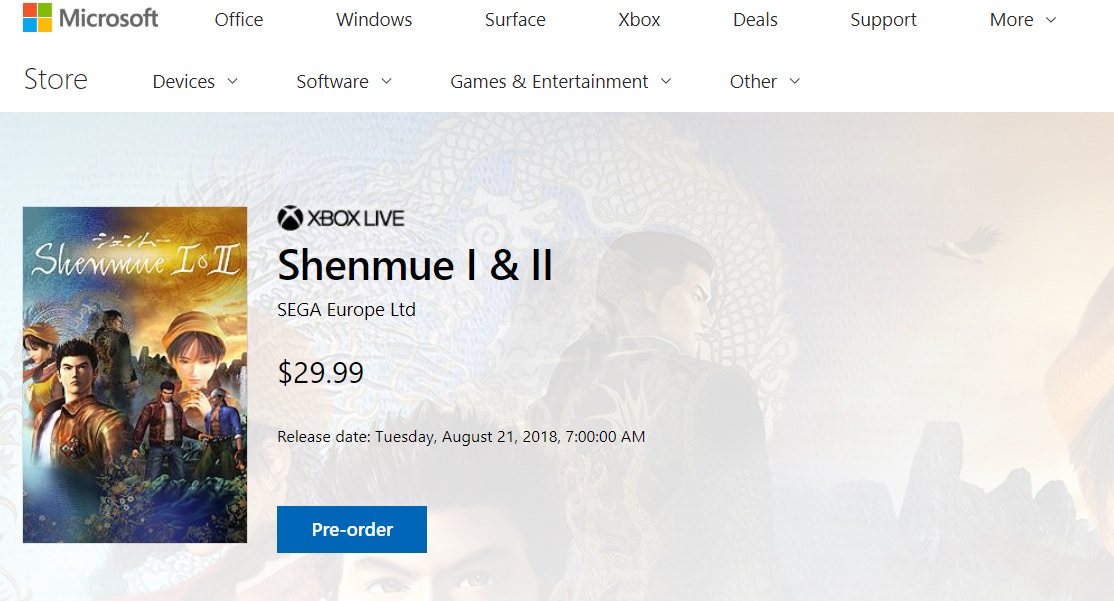 In case you weren’t aware of, Shenmue I & II will re-release as a collection and will come complete with the original feature set that defined modern gaming, including enthralling jujitsu combat, investigative sleuthing, and RPG elements in addition to memorable mini-games.

The re-release will stay true to the originals with modernised features including fully scalable screen resolution, choice of modern or classic control schemes, PC graphics options, an updated user interface and the option to enjoy either the original Japanese or English voice overs.

SEGA has not confirmed – nor denied – yet this release date!

SEGA has confirmed that the Shenmue 1 and 2 remaster collection will release on August 21st, and that it will be using the Denuvo anti-tamper tech.