It now looks like he is teasing the same GPU once again. Raja Koduri recently posted a picture on his Twitter account from the Folsom, California lab at Intel, showcasing the new Xe-HPG graphics card which is being tested in some 3DMark benchmarks. We are talking about DXR or ray traced 3D test here.

Judging from the photo, this appears to be an engineering board with a large CPU-like heatsink and cooler attached to it, which implies that this should be the DG2 gaming graphics card in action. 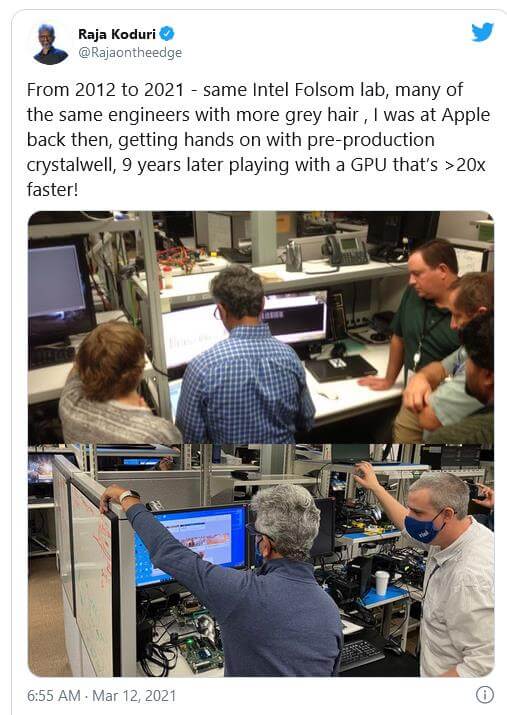 Even though his Twitter account hasn’t mentioned anything about the GPU being tested, but if you look closely at the photo after enhancing/sharpening it, the 3DMark software that is installed on this test system in the lab has the entire 3DMark feature tests installed, including the DirectX DXR test.

The current Xe GPUs (based on the Xe-LP architecture) don’t support ray tracing, so this gives us a clue that the GPU being tested here could be the Xe-HPG “DG2” gaming graphics card. But of course this is all speculation for now.

But the 3DMark screen clearly shows the DXR test on the extreme right side of the window implying this is the Xe HPG (DG2) GPU.

The benchmark was running the test that could only have been run on the HPG GPU, and not Xe-LP. You can see the CPU-looking device with its own heat sink and cooler connected to a PCIe riser and cable and then into a motherboard.

We can also see two power supplies, one directly attached to the GPU board, while the other one is supplying power to the motherboard. 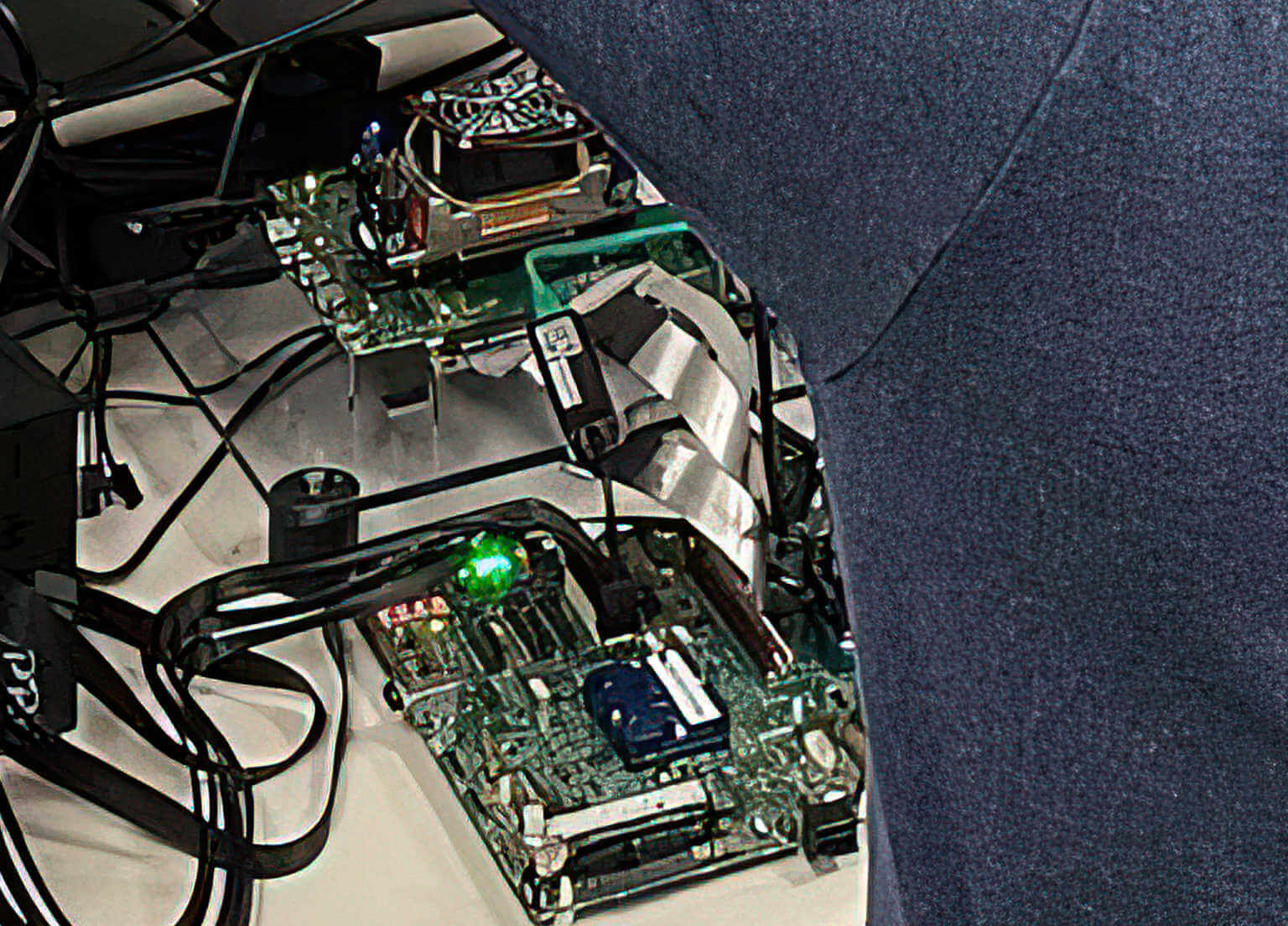 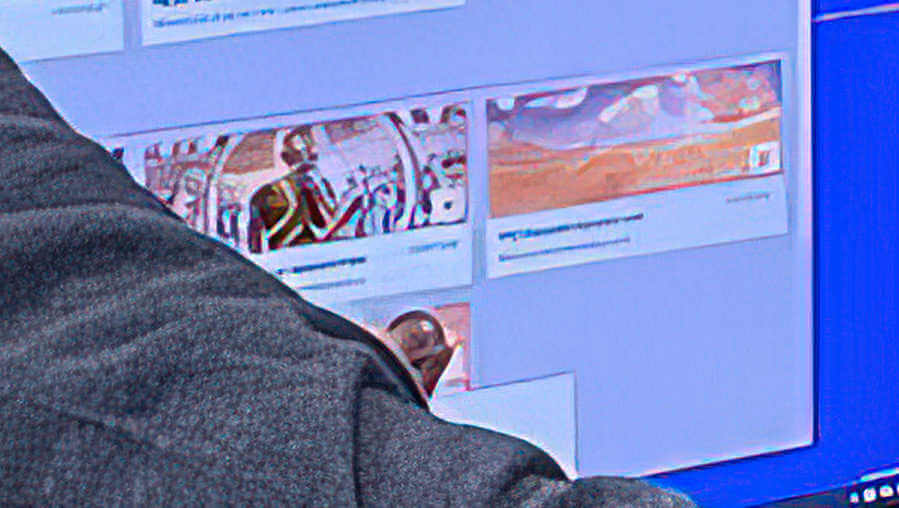 If Raja is teasing the DG2 gaming GPU then we are likely looking at on-shelve availability in a few months or so, hopefully.

“From 2012 to 2021 – same Intel Folsom lab, many of the same engineers with more grey hair , I was at Apple back then, getting hands on with pre-production crystalwell, 9 years later playing with a GPU that’s >20x faster!” –Raja Koduri.

The card will sport features like compute efficiency, scalability and graphics efficiency. Intel has also confirmed that the new HPG architecture will use the GDDR6 memory type.

Back in October 2020, Intel taped out its first discrete gaming GPU, the Xe-HPG ‘DG2’ graphics processor. The company reaffirmed back then that it is working on a full stack of discrete Xe-HPG-based GPUs that will target the mid-range/mainstream, and also the enthusiast gaming market segment sometime later this year.

This GPU was already rumored to be manufactured outside of Intel’s fab, in an external foundry. Back then while Intel didn’t mention which fab and process node was going to be used, but as per one report from REUTERS, they might tap TSMC’s enhanced 7nm process node, or maybe even 6nm node. 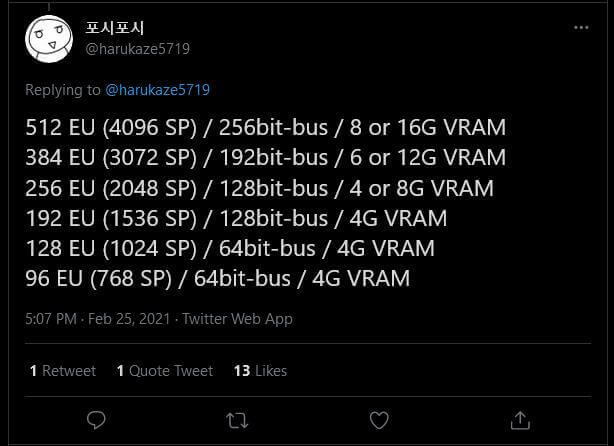 It appears that Intel’s DG2 (Xe-HPG) discrete GPU has just been spotted alongside a 16-core Alder Lake-S CPU, within the Geekbench database with some specifications.  Coming via @TUM_APISAK.

The Intel Xe-HPG DG2 GPU spotted features 512 Execution units which amounts to 4096 cores. The GPU clock speed has been listed as 1800 MHz (max), though we don’t know if this will be the final clock speed since the GPU tested here could also be an early engineering sample/ES.

The card is listed with a 12.6 GB memory capacity/VRAM but this seems inaccurate since the benchmark is unable to properly identify the VRAM capacity. The most interesting part is that this Xe-HPG DG2 GPU was tested on an Intel Alder Lake-S Desktop CPU platform, socket 1700 LGA.

The platform features a 12th gen core processor having 16 cores and 24 threads. The CPU is clocked at 2.20 GHz for the base clock and 4.60 GHz for the boost, Though, we don’t know whether the base and boost frequencies listed here are for the high-efficiency (small) cores or the high-performance (big) cores. 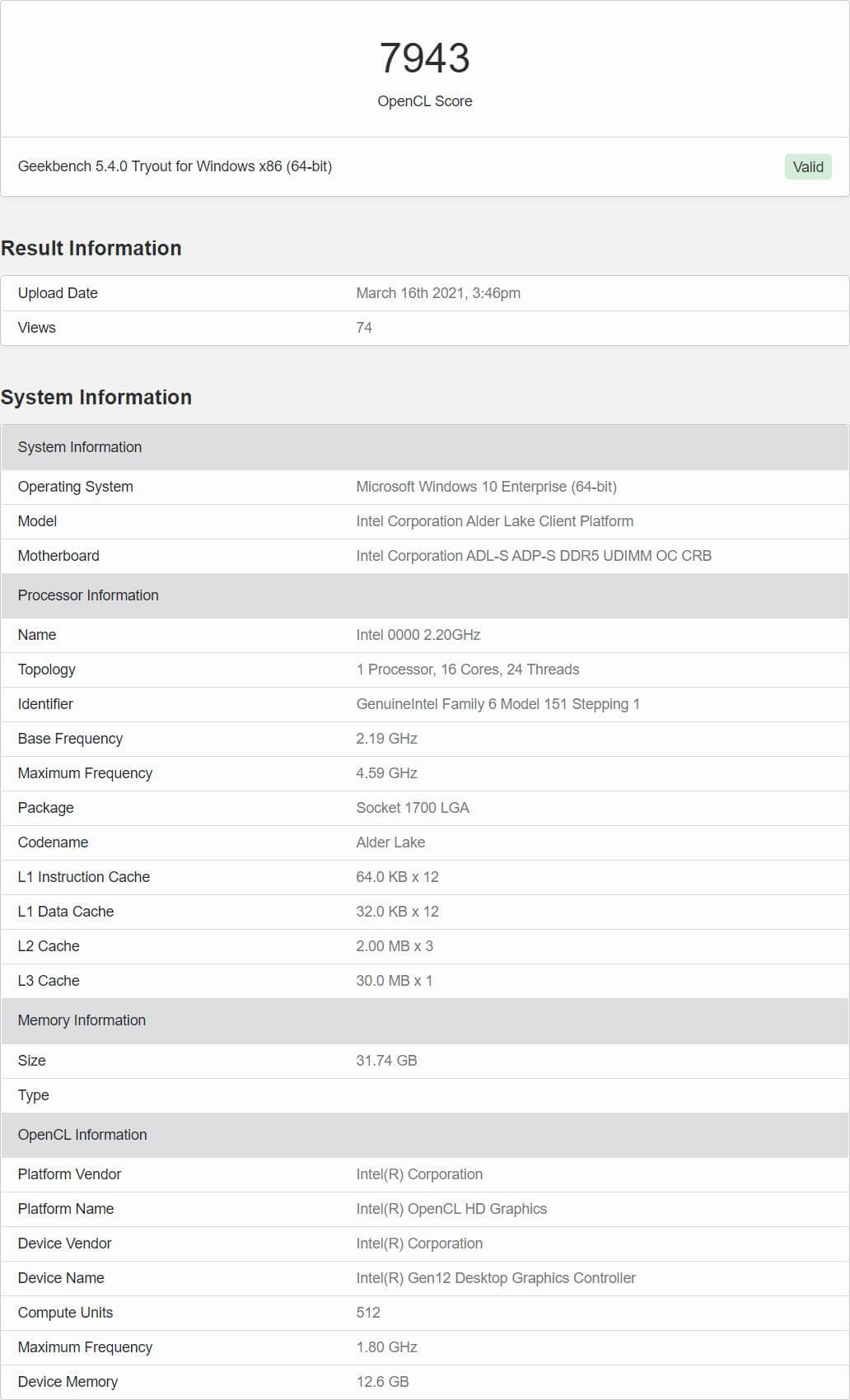 Since the GPU is not running at its full potential, the OpenCL (GPU) result is really bad, even worse than the GeForce 500 series GPUs based on the Fermi architecture. This could also be due to a driver issue which might not be fully optimized. 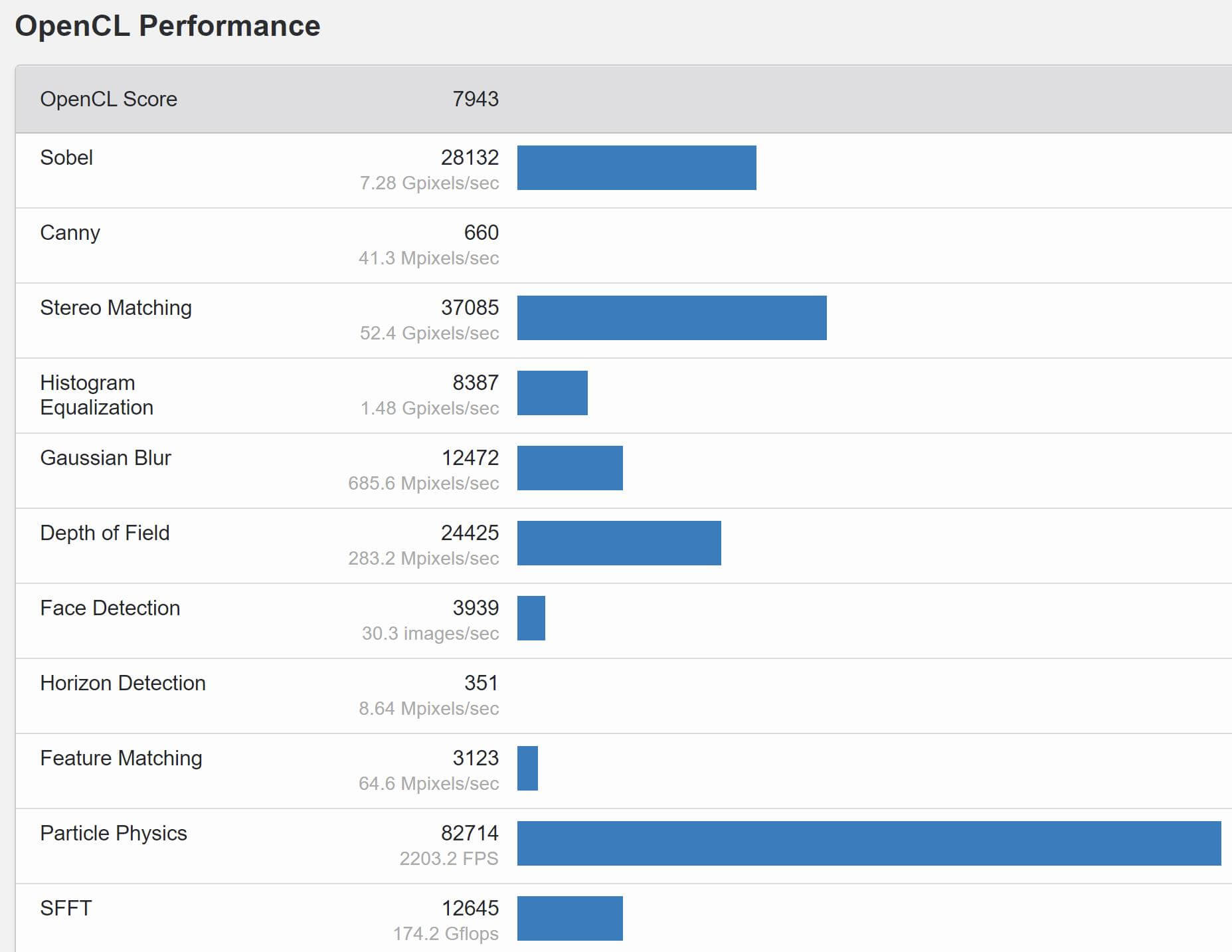