Interceptor Entertainment announced today that original composer, Lee Jackson, is advising them as they kick it up a few notches with a heavy and fast remake of the classic ROTT tracks. In addition, the company unveiled a new screenshot for it, as well as a new video featuring new gameplay and an inside look into how the team and musician Andrew Hulshult are getting ludicrous with ROTT’s classic tracks.

Set for release on PC via Steam later this year, “Rise of the Triad” is packed with features that are sure to melt your face off:

-Step into the shoes of the H.U.N.T. (High-Risk United Nations Taskforce) with five unique characters, each with different play styles.
-Blast through over 20 of levels of explosive single-player action.
-Unique multiplayer maps bring back all the fun and excitement of classic ROTT.
-The full arsenal of over-the top weapons is back, including the Flamewall, Firebomb, Split Missile, Drunk Missile and, of course, the Excalibat!
-The maniacal modes return, too, with God mode, Elasto mode, Mercury mode, Shrooms mode and everyone’s favorite, Dog mode!
-Build your own levels, mods and share them with Valve’s Steamworks.
-Offline single-player and multiplayer allows for instant action.
-Find tons of secrets, collectables, special events and hidden areas to explore.
-Get more than 100 achievements to add to your score, which is tracked on our worldwide leaderboard and stat-tracking system.
-ROTT is bloodier and more ludicrous than ever, with full character and enemy dismemberment.
-The iconic original soundtrack has been completely re-forged in the fires of heavy metal!
-Nostalgia abounds with the option to play with all the original sounds and music.
-Built on fully-licensed Unreal Engine 3 technology, ROTT will run on low-end PCs and push high-end PCs to their limits 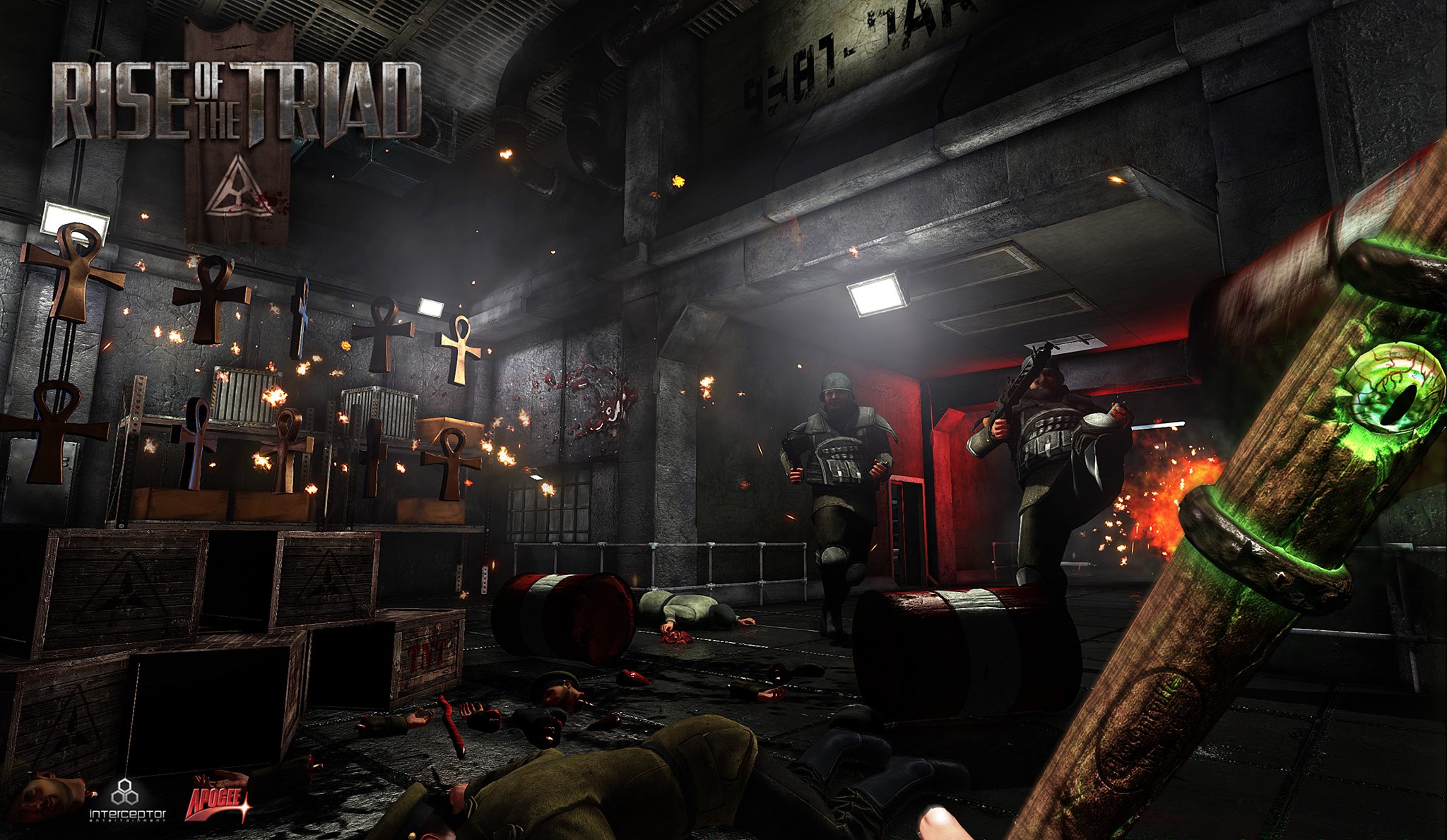