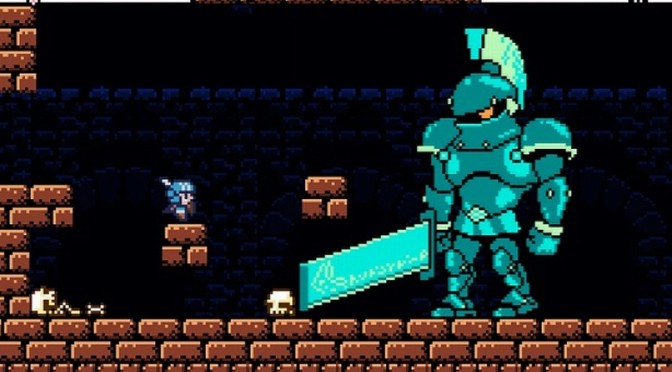 Nicalis announced that its retro platformer, Castle in the Darkness, will be coming to the PC later this Summer. Castle in the Darkness is inspired by games like Castlevania, Megaman, Kirby, Metroid, Zelda, I Wanna Be The Guy, Ys and a lot more, and recalls a golden, bygone era—both through its nostalgic aesthetic, and its damning difficulty.

As the press release reads, players will traipse past traps, careen through corridors, and badger belligerent bosses while charting the erstwhile un-chartable Alexandrian kingdom and girding their loins and other important organs with a veritable cornucopia of armor, arms, and sorcery.

-Art Direction by the lead artist behind The Binding of Isaac: Rebirth
-An expansive world heavily inspired by the golden era of video games
-Level up your knight with wildly different abilities
-An arsenal of over 100 weapons, armor and magic to collect and use!
-Over 50 bosses to find and slay
-More than 100 different enemies
-Fast-paced chiptune soundtrack

Castle in the Darkness Announcement Trailer