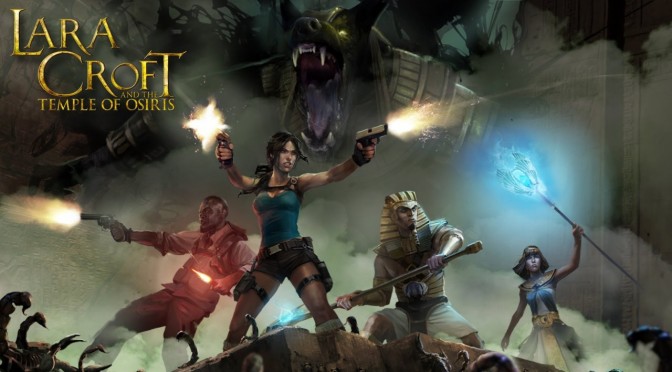 Crystal Dynamics today unveiled new ways to customize your Lara Croft and the Temple of Osiris experience with multiple costume packs, powerful items, and unique weapons. Now we wouldn’t be posting such news but since we never covered this Lara Croft game, we thought it was a good idea to at least let you know about it.

A Gold Edition of Lara Croft and the Temple of Osiris, which features multiple exclusive items including a 3″ Lara figurine, an artbook filled with never-before-seen concept art, a folding map of the Overworld, and the Season Pass, will be available on both PS4 and PC at participating retailers.Multiple retailer exclusive packs featuring unique skins and character based skills are also available:

The Lara Croft and the Temple of Osiris Season Pass is available for purchase and includes all future downloadable content including the Icy Death and Twisted Gears Packs. The upcoming DLC Packs offer 6 additional costumes and will challenge Lara, Carter, Horus and Isis to conquer additional tombs and collect a treasure trove of unique rings, amulets and weapons.  The Season Pass does not include the pre-order packs.

Lara Croft and the Temple of Osiris is the sequel to the critically-acclaimed Lara Croft and the Guardian of Light, and the first-ever four-player co-op experience with Lara Croft. Featuring stunning visuals and a brand-new story, players must work together to explore the temple, defeat hordes of enemies from the Egyptian underworld, solve devious puzzles, and avoid deadly traps. All the while, players will compete for treasure, powerful artifacts, and ultimate bragging rights.

Lara Croft and the Temple of Osiris takes place deep in the deserts of Egypt. In her new adventure, Lara must join forces with rival treasure hunter Carter Bell and imprisoned gods Horus and Isis, to defeat the evil god Set. As Lara and her companions fight the elements of nature across the sands and through ancient tombs, they will battle legendary deities and creatures of myth. With the fate of the world at stake, Lara must recover the fragments of Osiris to stop Set from enslaving all mankind.

Lara Croft and the Temple of Osiris launches for PC, Xbox One and PS4 on December 9th. 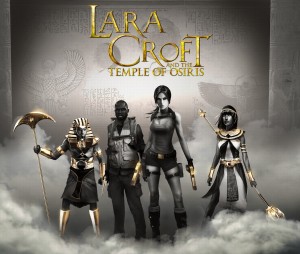 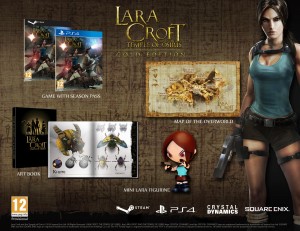