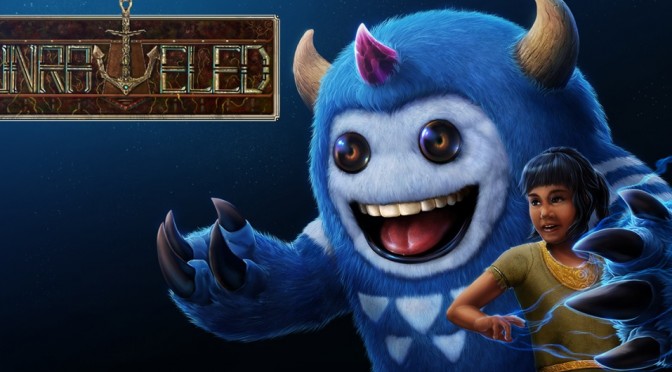 RosePortal Games has announce that their beautiful and thought-provoking RPG platformer, Unraveled, has taken to Kickstarter for funding. This story-driven PC adventure follows a little girl and her cuddly monster companion as they search for her lost parents and cross the threshold between the realities of the present-day ship breaking industry and the wondrous and vibrant world of our heroine’s imagination.

Directors Aaron van der Brugge and Chancler Harrison cite Chrono Trigger and Tomb Raider as major inspirations for the RPG and platforming elements found in Unraveled. With nostalgia being one of the key considerations in the design of the game, there area also tons of references to ’80s animated movies and more.

“Growing up, one of the most emotional games for me was Chrono Trigger. It’s almost funny to say that by today’s standards of storytelling in games, but now that I’m making my own games, I want to explore serious topics that matter to me, such as the plight of those in the shipbreaking industry in India, and touch today’s audience in the same way I was touched by some of the JRPGs of the 16-bit era.”

The game’s funding goal of $15,000 will be used to pay some of the creative staff involved with producing art assets and music, although several stretch goals have been announced to include ports to other platforms and music by Secret of Mana’s Hiroki Kikuta and Dragon Fantasy Book II’s Dale North.