Camouflaj has released a new of screenshots from his Unity powered title, Republique. Slated for iOS late this summer and PC and Mac “soon after,” République is the focus of a newly released development video blog that discusses topics including the creative development of a community-funded game and the art needs of bringing the world of “Metamorphosis” to life.

Developed by industry veterans behind AAA games like Metal Gear Solid, Halo, F.E.A.R., Uncharted, and Kinect, République is an epic action game designed specifically for iOS. Set in the mysterious facility known as “Metamorphosis,” République is a game that explores the present day challenges of living in a world struggling with the dangers of censorship, voyeurism and paranoia.

Officially born on Halloween Day, 2011, République is midway through an aggressive two-year development cycle with much of that time spent optimizing graphical performance on iOS and developing innovative, touch-based gameplay based upon the player’s symbiotic relationship with the story’s protagonist, Hope. Upon release of République on iOS, then development team will turn its focus to the enhanced desktop version of the game.

Books like 1984 and Brave New World have served as key sources of inspiration not only for the narrative, but also the core “stealth survival” gameplay. In République, players become Big Brother: Hope’s protector as well as a growing threat to the Overseer’s grip over his secret nation. Over the story-driven campaign, players will gradually gain control over surveillance cameras and other network-enabled devices, culminating in an epic struggle with the Overseer over Hope’s future. 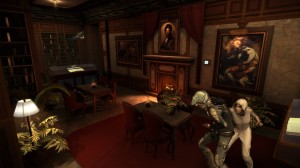 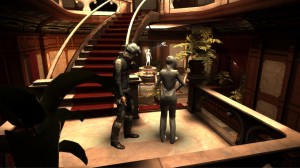 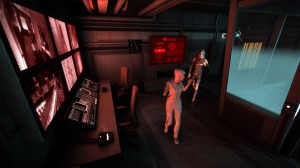 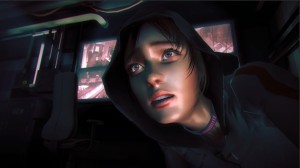