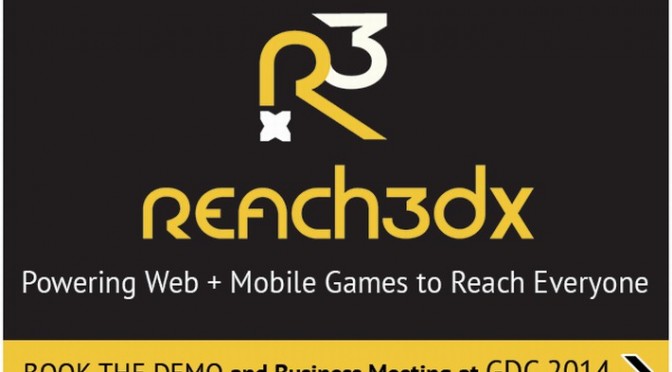 Gamebase announced today that it will showcase Reach3dx at Game Developers Conference 2014. Gamebase will be in booth 424 at the GDC Expo, which will be held from March 17 to 21, 2014 in San Francisco.

“There are two main goals of Reach3dx. The first is to provide cross-platform rendering that is flexible and high quality. The second is to decrease development times so users can get to the market faster on the ever changing mobile platforms. With Reach3dx, developers have a simplistic and efficient game creation environment.  I’m very excited to see what people will create with it in the near future.”

Along with efficiency and speed, Reach3dx is based on the popular modular architecture of past Gamebase engines. This architecture allows teams to easily modify, extend and re-factor the solution to meet unique needs of their creative vision. This flexibility distinguishes Reach3dx from engine solutions built around a specific genre.

It’s still unknown whether we’ll see this engine being used in current-gen or next-gen titles. Reach3dx is advertised as a mobile game engine but it could very well be ported to other platforms too.