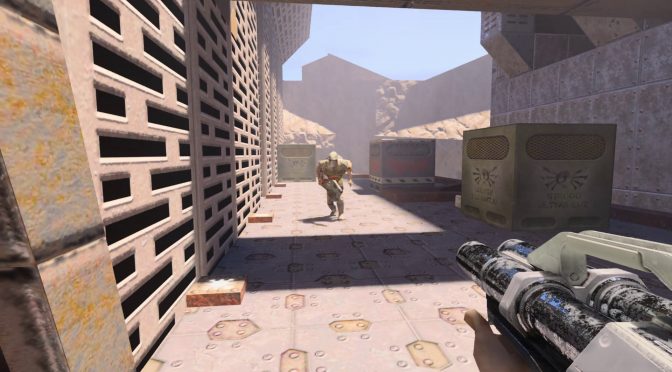 NVIDIA has released a new patch for Quake 2 RTX. According to the release notes, this update further improves graphical fidelity, and introduces new configuration options. Furthermore, NVIDIA has updated over 400 textures, and has improved the rendering of metals.

It’s also worth noting that this patch improves image quality and temporal stability of reflections and refractions by computing correct motion vectors for reflected surfaces and surfaces visible through flat glass. It also improves sharpness of textured glass and similar transmissive effects by passing them around the denoiser.

As always, Steam will download this latest update, and you can find below its complete changelog.