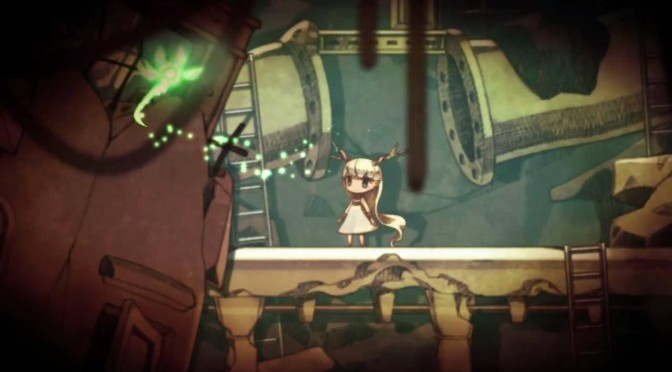 It appears that PS Vita’s exclusive title htoL#NiQ: The Firefly Diary may be heading to Steam. As Steam’s database revealed, an entry for this title has been added and was updated 8 days ago. Now this isn’t an old entry or a placeholder, and we all know that Steam’s database rarely lies.

htoL#NiQ: The Firefly Diary was developed by Nippon Ichi Software.

In HtoL#NiQ: The Firefly Diary, players take the role of a young girl who has lost her memory through levels in tandem with two fairies that function in light and shadow.

“By shifting between a world of light and a world of shadows, these two fireflies must work together to recover Mion’s memories and
lead her out of the ruins, where voracious shadow beasts, ancient machines, and treacherous traps lie in wait to bar her path.”

htoL#NiQ: The Firefly Diary took advantage of PS Vita’s touchscreen and rear screen, so it will be interesting to see how this control scheme will be ported to the PC (most probably via mouse and a button to switch worlds at will).

Kudos to our reader ‘Nagato’ for informing us!