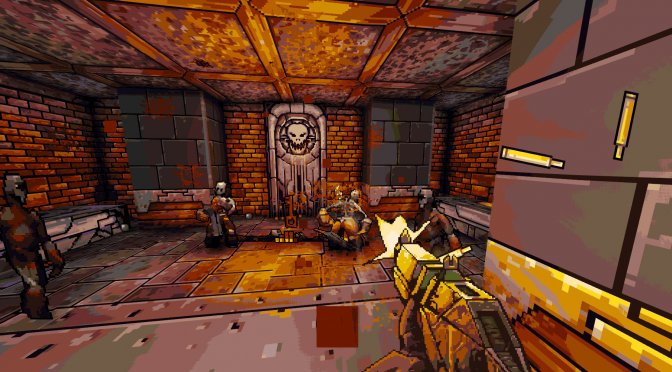 Retrovibe has announced the sequel to the old-school first-person shooter that came out in 2018, Project Warlock II. The sequel picks up right after the events of the first game, shifting the perspective to that of three disciples of the first game’s Warlock.

Utilising everything their mentor taught them, and harnessing the powers of combat magic, pyromancy and dark arts – Palmer, Urd and Kirsten must now put their hard earned skills to the test.

In Project Warlock II, there will be three explosive episodes. Each episode will revolve around a different Warlock with their own skills, perks and arsenal. Moreover, they will feature a distinct setting, menagerie of deadly monsters, and bosses. Not only that, but players can expect more secrets, weapon upgrades, and pickups.

Project Warlock II will release in 2022, and below you can find its E3 2021 gameplay trailer.