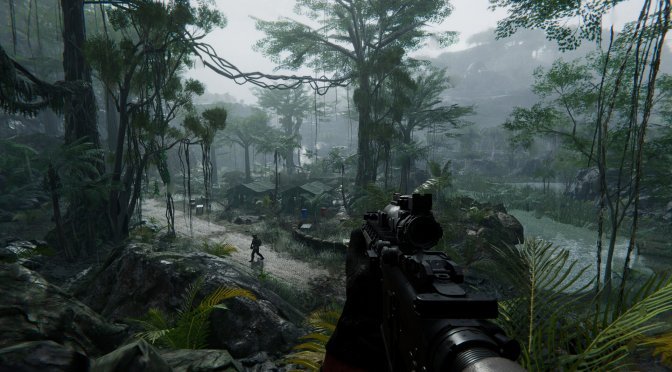 OMYOG has released the E3 2021 gameplay trailer for Project Ferocious. Project Ferocious is a first-person shooter that is being created by a single person, Leonard Salfraank, and is using the Unity Engine.

The game uses HDRP for rendering, and the environments mainly use Quixel assets. Additionally, Project Ferocious will feature completely interactive and partially destructible vegetation, water volumes the player can swim and dive in with GPU fluid simulations for surface waves, destructible environments and buildings, real-time ocean tech and dynamic weather.

In this game, players will explore, survive and fight on a deadly island occupied by hostile forces. The game promises to feature a wide arsenal of weapons and tools to survive. Moreover, players can explore the island by rappeling steep cliffs, discovering underwater and caves. They can also try to hide from the terrifying creatures inhabiting this lost world.