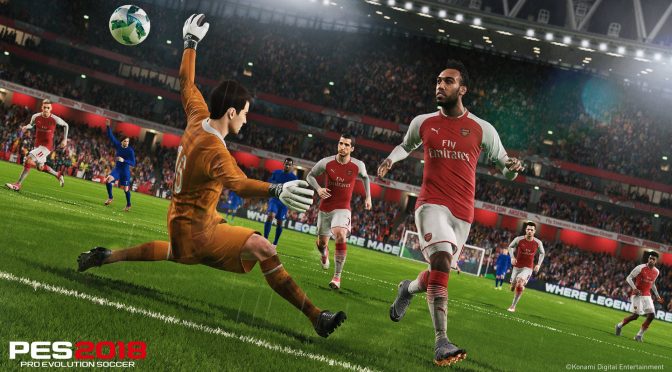 Konami has announced today that its Data Pack 3.0 for PES 2018 is now available to download for free on all platforms. The new update to the game has seen the addition of 11 new national team kits, including: Germany, Japan, Belgium, Columbia, Uruguay, Spain, Italy, Northern Ireland, Argentina, Wales and the Czech Republic.

As the press release reads, KONAMI used a state-of-the art 3D body scanning technology to perfectly recreate the player models, capturing the intricacies of the facial expression and emotion of their favourite players.

Other new key features in Data Pack 3.0 are: