PlayerUnknown’s Battlegrounds is undoubtedly the game that everyone is talking about. And while this may enrage some of you (I mean, come on, how many news will you have for PUBG, right?), this battle royale game has managed to surpass one million concurrent players. 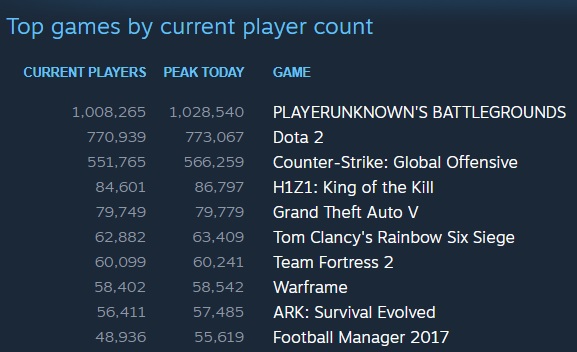 A few days ago, we informed you that PlayerUnknown’s Battlegrounds had sold more than 10 million copies. That’s definitely amazing news for Bluehole Studio, and you can expect the team to support its title for the foreseeable future. After all, this title is still in early access phase.