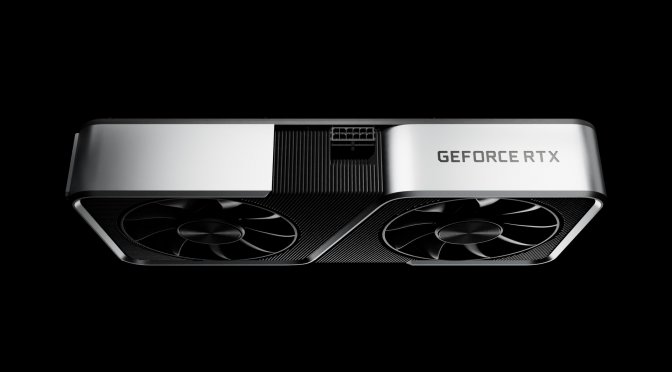 With the release of the newest 461.72 WHQL GeForce game ready driver, Nvidia recently enabled initial Resizable BAR support for the desktop GeForce RTX 3060 GPU on select PC games, with more cards getting support in near future. Initially, “Resizable BAR” feature is going to be compatible with the company’s GeForce RTX 3060 desktop graphics cards and the RTX 30-series laptops.

Resizable BAR is a tech via which assets can be requested as-needed and accessed. As such, the CPU will efficiently access the entire frame buffer. Moreover, transfers can occur concurrently, rather than queuing, whenever there are multiple requests.

Wccftech’s Keith May has done some preliminary testing of this new tech feature on several PC games in which NVIDIA has enabled support. Unlike AMD, NVIDIA has actually extended support for this Resizable BAR tech on even PCIe gen 3.0 platforms. Which means Intel’s 10th gen core CPU lineup, and the respective 400-series chipset motherboards now also offer support for this feature.

As of February 25th, 2021, Nvidia has enabled Resizable BAR support on the following PC titles, with more games to be added later on as the team does the internal testing:

Obviously, the testing was done on the above supported PC games. Below you can find some benchmarks showcasing the performance uplift this feature might bring to the table.

These are the full PC specs of the test system used by Wccftech. 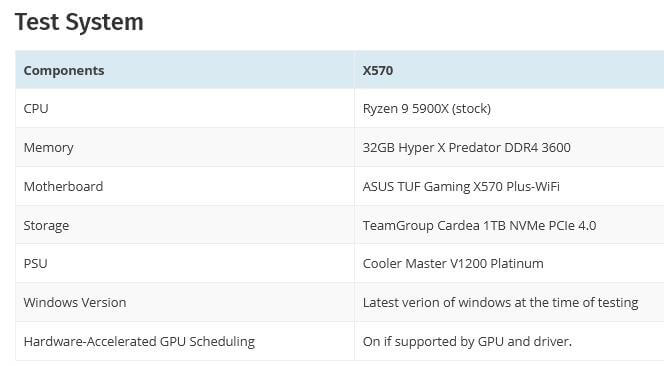 So without further ado, here are the respective 1440p Resizable BAR benchmark results tested on the RTX 3060 12GB GPU. Assassin’s Creed Valhalla appears to be seemingly missing from this list. Overall, we are looking at a 4-11% increase in performance as evident from these benchmark scores. 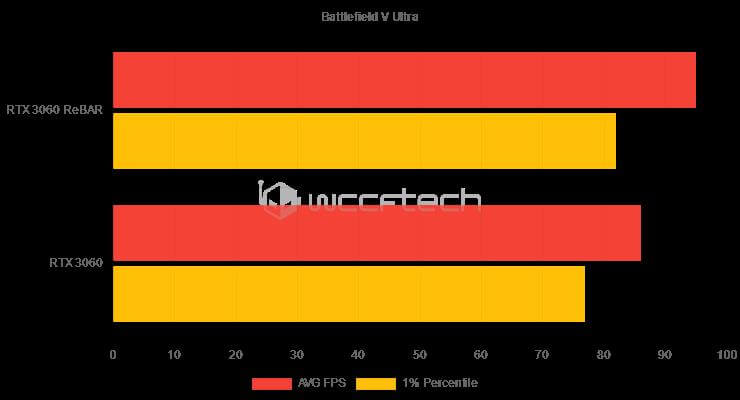 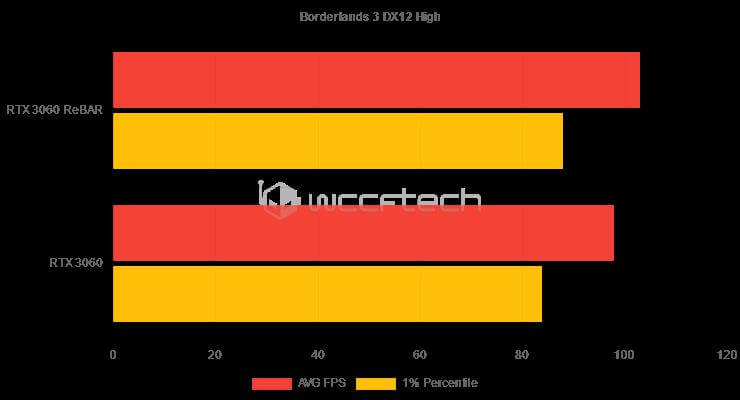 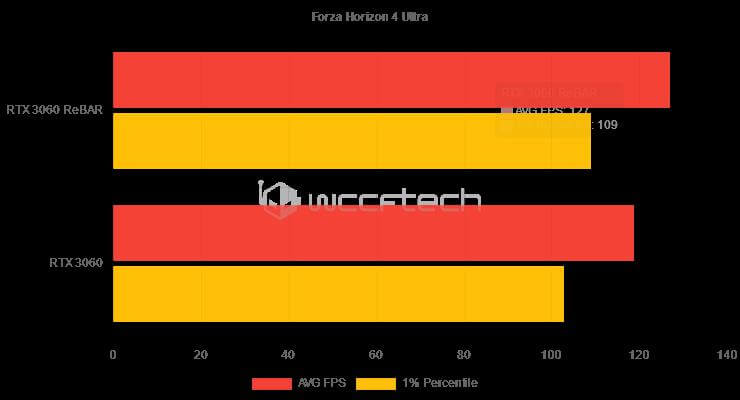 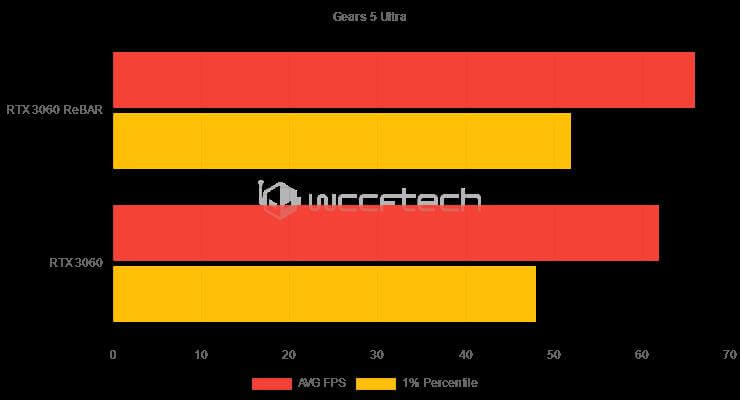 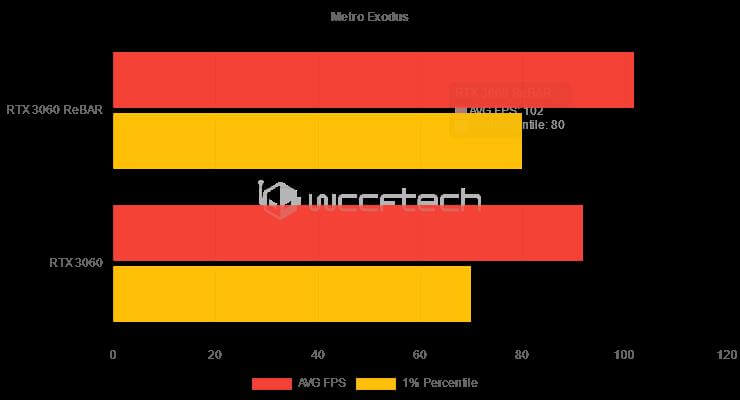 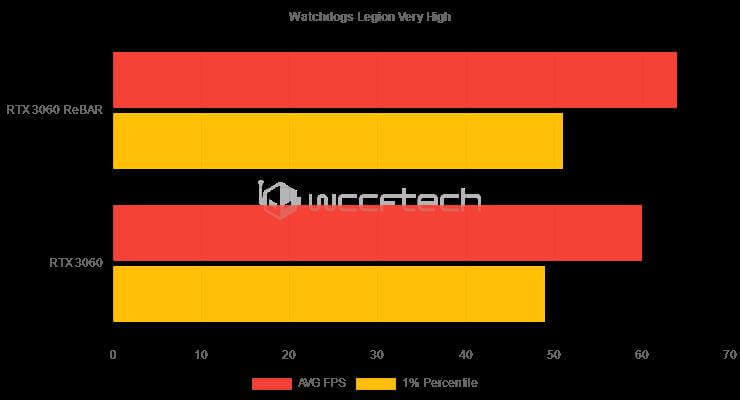 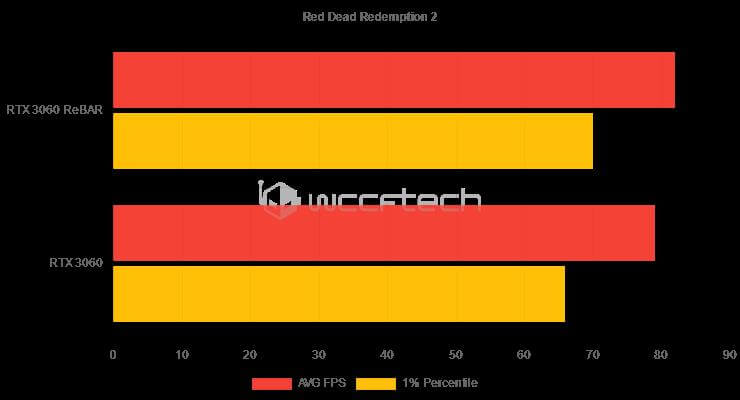 Resizable BAR is an optional PCI Express interface technology. As you move through a world in a game, GPU memory (VRAM) constantly transfers textures, shaders and geometry via many small CPU to GPU transfers.

With the ever-growing size of modern game assets, this results in a lot of transfers. Using Resizable BAR, assets can instead be requested as-needed and sent in full, so the CPU can efficiently access the entire frame buffer.

And if multiple requests are made, transfers can occur concurrently, rather than queuing.

GeForce RTX 30 series laptops with Resizable BAR-capable Intel and AMD CPUs are now available to purchase. You need to check with each laptop manufacturer to confirm whether Resizable BAR is supported on that particular model. 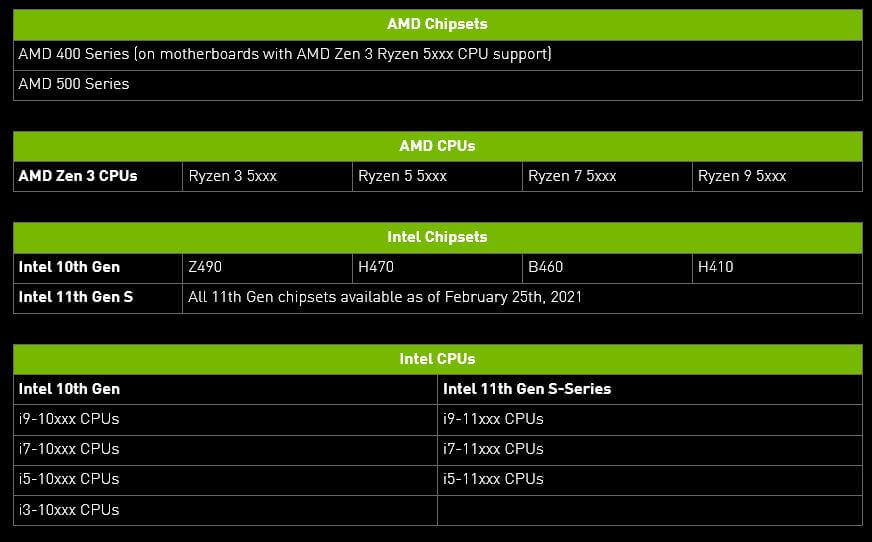 “Intel has been working with NVIDIA to enable Resizable BAR, an advanced PCI-Express technology, across the PC ecosystem,” said Fredrik Hamberger, GM of Premium & Enthusiast Laptop Segments at Intel.

At the same time, NVIDIA is also working with motherboard manufacturers around the world to bring Resizable BAR support to compatible products.

In practice, the performance benefits of Resizable BAR can vary substantially from game to game. According to NVIDIA’s own testing, some titles benefit from a few percent, up to 10%.

However, there are also titles that see a decrease in performance, so NVIDIA will be pre-testing titles and using game profiles to enable Resizable BAR only in games where it has a positive performance impact.

It remains to be seen when Nvidia will enable Resizable BAR support on its entire Ampere lineup of GPUs, or even offer support for previous gen Turing and Pascal GPU architecture lineup.