Newzoo has released the latest quarterly update of its Global Games Market Report, revealing some interesting sales figures about mobile, PC and console gaming. According to the stats, PC gaming remains more profitable than console gaming in 2016. However, mobile gaming has now surpassed everything, and is expected to grow even further in the next couple of years.

As said, Newzoo’s Global Games Market Forecast Model projects gamer numbers and revenues per segment, region and screen on a global, regional and country level. It also shows the share of paying gamers and average spend in the same granularity. 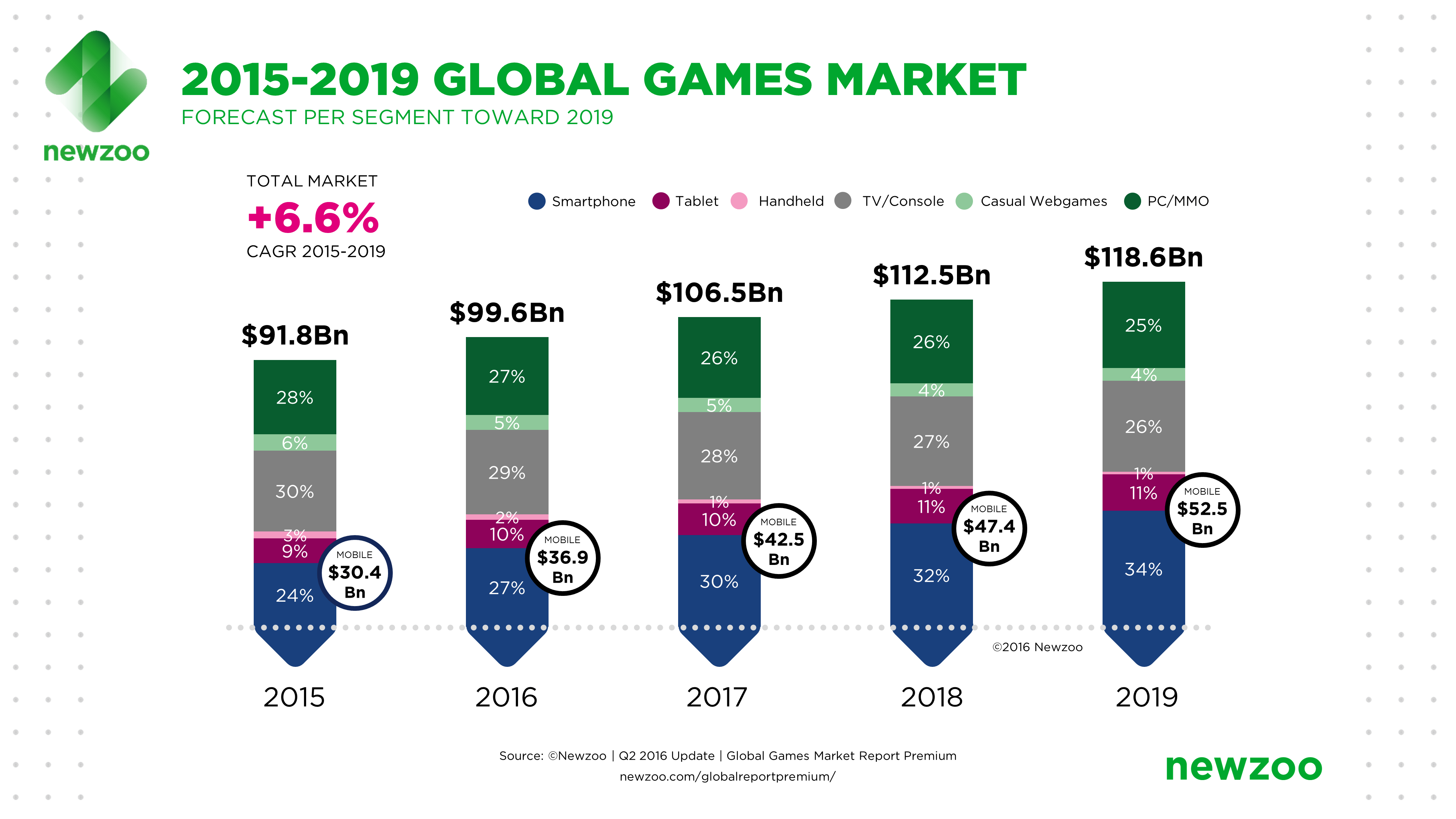 “These projections are analyzed in various ways, comparing year-on-year growth rates, market share, CAGRs and absolute amounts in USD between the regions and segments, as well as the development of specific regions or segments in time. These projections are compared to available third-party sources on a local or global level. Given the pace of the developments in the games industry, Newzoo reviews its conclusions and assumptions every quarter, taking into account newly available data and insights. Before publication of any data, Newzoo also performs validation checks in various ways including comparison against historic internal data, comparison against market figures from alternative sources and validation from several Newzoo clients.”

According to the stats, PC gaming will generate almost $32 billion while PC gaming will grow to $29.0 billion. On the other hand, mobile gaming (spartphones + tablets) is expected to generate $36.9 billion. 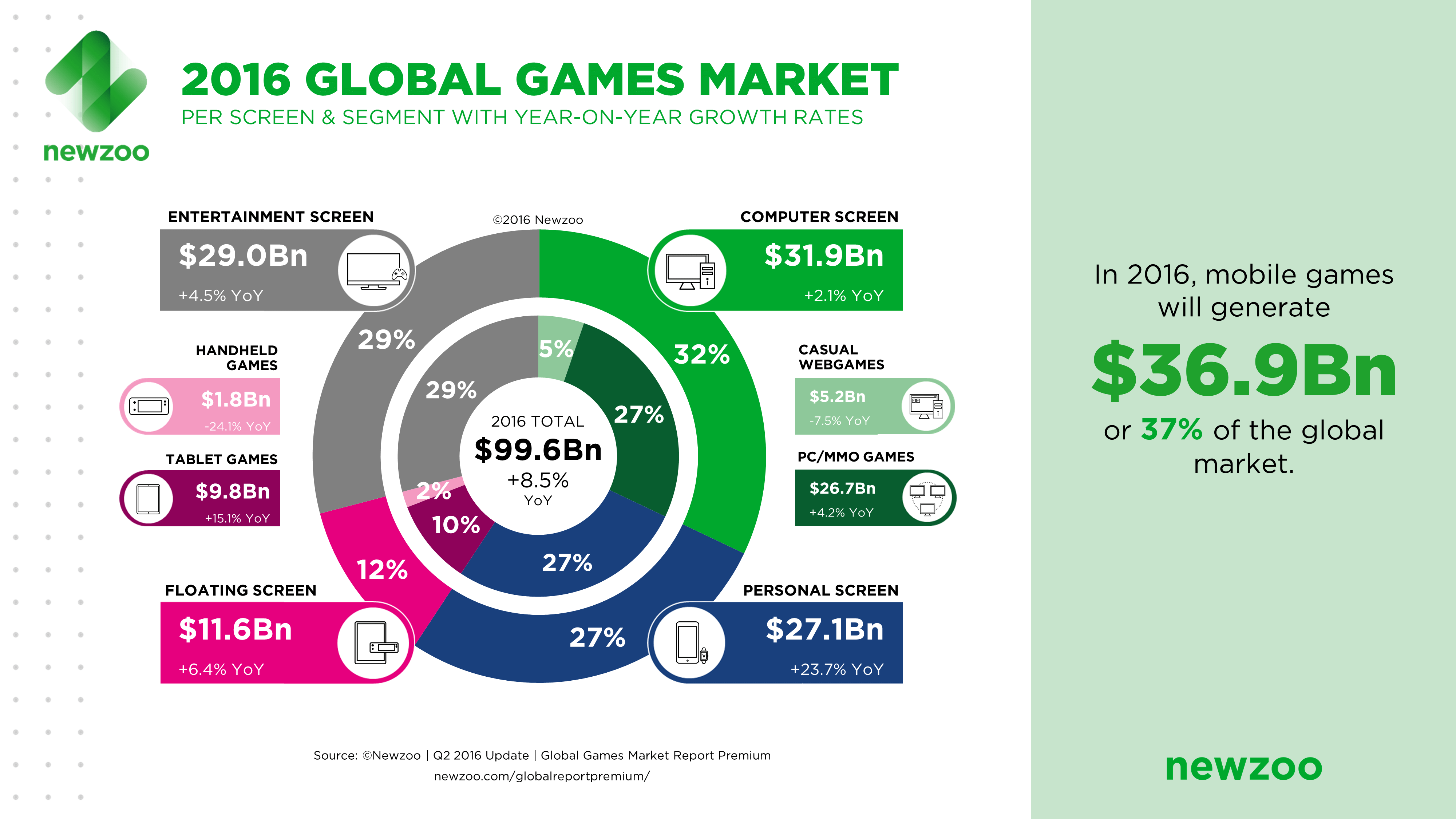 You can read more about the global 2016 games sales figures at Newzoo’s official website.