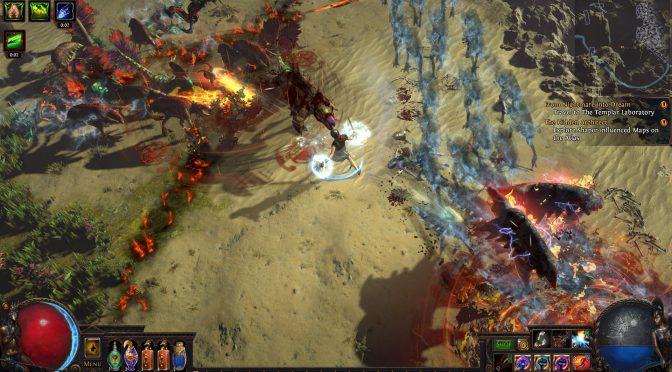 Grinding Gear Games announced today that they have launched their brand-new content update (3.2.0) for their hit online ARPG, Path of Exile. Path of Exile: Bestiary is now available on PC with the Xbox One version launching next week. This update features the new Bestiary Challenge League, in which players compete to hunt and capture nearly 300 of the most dangerous animals that populate Wraeclast, and then sacrifice their prey to create and augment potent items.

As the press release reads, Path of Exile continues to be one of the largest online action role-playing games with continual, massive audience growth. Successful launches on the Xbox One and in China have more than doubled the Path of Exile player community since August 2017, with over 3.5 million players having played the game’s 2017 expansion, Path of Exile: The Fall of Oriath. The Fall of Oriath was recently named one of the Top 50 Games of 2017 by Game Informer Magazine, as well as the top “Game as Service” (an established title receiving outstanding updates and continual support).

Here are the key features of Path of Exile: Bestiary: