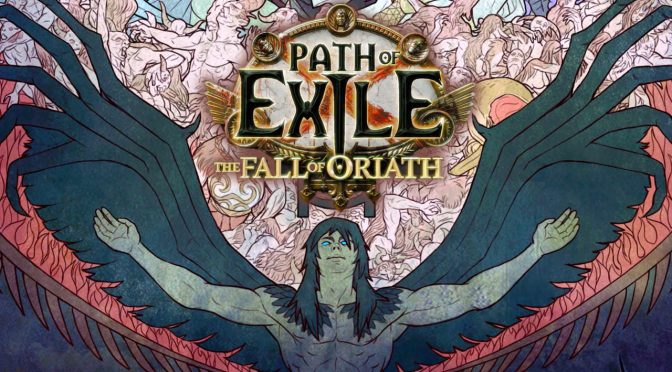 Grinding Gear Games has revealed the changelog for Path of Exile 3.0.0: The Fall of Oriath and my God this is a huge changelog. This new version of Path of Exile adds Acts Five through Ten, adds a new Character Selection Screen, adds a Passive Skill Tree planning system, and adds two new features.

These two new features are: the Pantheon system and the Help panel. The Pantheon system will allow players to best the ancient gods of Wraeclast in battle and claim a portion of their power. There are four Major god powers and seven Minor god powers to be claimed in The Fall of Oriath. Players can have one Major and one Minor power active at a time, and can return to any town or hideout to change which powers are active at no cost. Later, each power can be upgraded by placing a Divine Vessel in the map device before they defeat certain map bosses.

On the other hand, players will now be able to unlock Help panel pages that can be viewed by clicking on a new Help button next to the Shop button. Each panel is designed to introduce players to an aspect of Path of Exile’s gameplay, and give them the tools they need to explore the features themselves.

Furthermore, Path of Exile 3.0.0: The Fall of Oriath comes with numerous fixes, an updated game HUD, and introduces new technology for rendering water throughout the game.

Below you can find a portion of its huge changelog (full release notes can be viewed here).