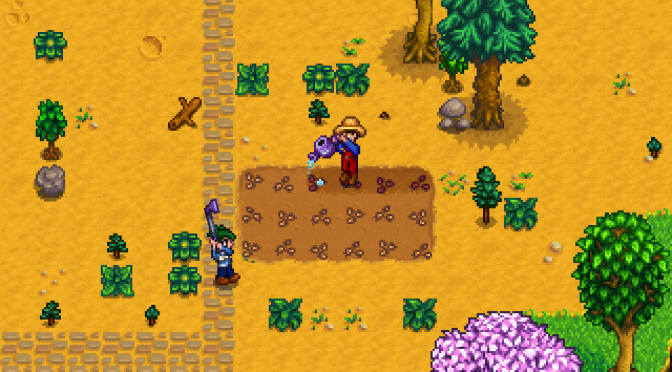 Stardew Valley has said that they now know enough about what to expect in the multiplayer aspect of the game and have released what players will be experiencing once they first enter.

Once you enter the game a NPC will offer to build you three cabins for your farm, each of these cabins will house what is called your ‘farmhand’ which can be controlled by your friends!

“Shortly after you begin the game, Robin will offer to build up to 3 cabins on your farm. Each cabin will house a farmhand, controlled by one of your friends. Farmhands can do almost anything the main player can do. They can farm, mine, fight, fish, forage, marry NPCs and take part in festivals. Each player has their own inventory. When a farmhand is not connected, their inventory can be managed through a chest in their cabin.”

“Certain decisions can be made only by the main player: when to sleep, when to start and end festivals, and whether to side with Joja, for instance. You won’t need to set up a server to run multiplayer. Friends can be invited onto the farm through Steam. The invite mechanism for non-Steam versions is TBD, but likely to be similar in most cases. A lot of players have requested player-to-player marriage. It’s an idea we like a lot, and want to make available as a feature. Player-to-player marriage won’t use the mermaid pendant, but rather an alternative method that requires a similar amount of effort to wooing an NPC. We’re still working out what that will be. Local multiplayer, split-screen and PVP are not planned at this point.”

This patch won’t be live until early 2018 but what is to be expected in it seems to be worth the wait.