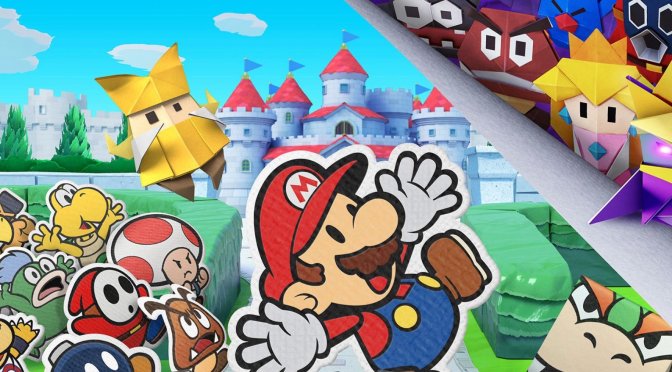 Paper Mario: The Origami King is a brand new Mario game that releases today on Nintendo Switch. In this game, players control a paper version of Mario in a 3D world. This world fuses other paper and three-dimensional constructs, including origami sculptures. Furthermore, players explore the game’s overworld to collect coins and items, encounter non-playable characters (NPCs), solve various puzzles based on the paper world concept, fight enemies.

Now while there is already a 60fps mod for it, there are still some slowdowns here and there. My guess is that the Yuzu team will be able to address them in the later versions of the emulator. Still, PC gamers can already enjoy Paper Mario: The Origami King at higher framerates. After all, the Nintendo Switch version is locked at 30fps.

Paper Mario: The Origami King is not the first game that is playable on the Nintendo Switch emulators at launch day. Xenoblade Chronicles: Definitive Edition was almost immediately playable on Yuzu. Additionally, Animal Crossing: New Horizons could also run on PC via Ryujinx just a few days after its official release.

Below you can find a video, showcasing Paper Mario: The Origami King running on the PC with 60fps. Apart from some slowdowns during the combat sequences, the game appears to be running great on Yuzu.

Lastly, you can download the latest public version of Yuzu from here. You can also download the 60fps mod for Paper Mario: The Origami King from here.