Jon Peddie Research shared its latest data for Q3 2017. According to the report, NVIDIA has increased its GPU market share in this latest quarter. On the other hand, AMD saw a small (0.2%) decrease and Intel saw 3% decrease.

According to Jon Peddie Research’s report, the Gaming PC segment, where higher-end GPUs are used, was once again the bright spot in the market in the quarter. 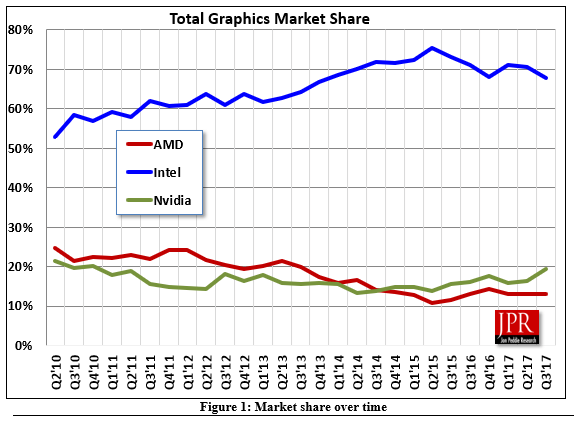 Last but not least, the total amount of discrete GPUs shipments for the industry increased 23.3% from the last quarter, and increased 11.7% from last year.