VideoCardz has leaked the first 3DMark scores for Nvidia’s upcoming GPUs. In case you’ve not been following this latest generation of Nvidia’s GPUs, the company has decided to skip the 8xx GPU series for the PC. Therefore, the team will re-brand those cards and will release them under the 9xx brand, and the new GPUs from Nvidia will be basically GTX980 and GTX970.

As we can see, the performance difference between Nvidia’s GTX980 and GTX780Ti is pretty small. In fact, some could say that these are disappointing results. Still, if these cards are priced at around $499 (rumored price), then we can safely say that there will be a market for them.

As always, take this with a grain of salt. Nvidia’s latest GPUs may be faster than what is being shown here (or slower). 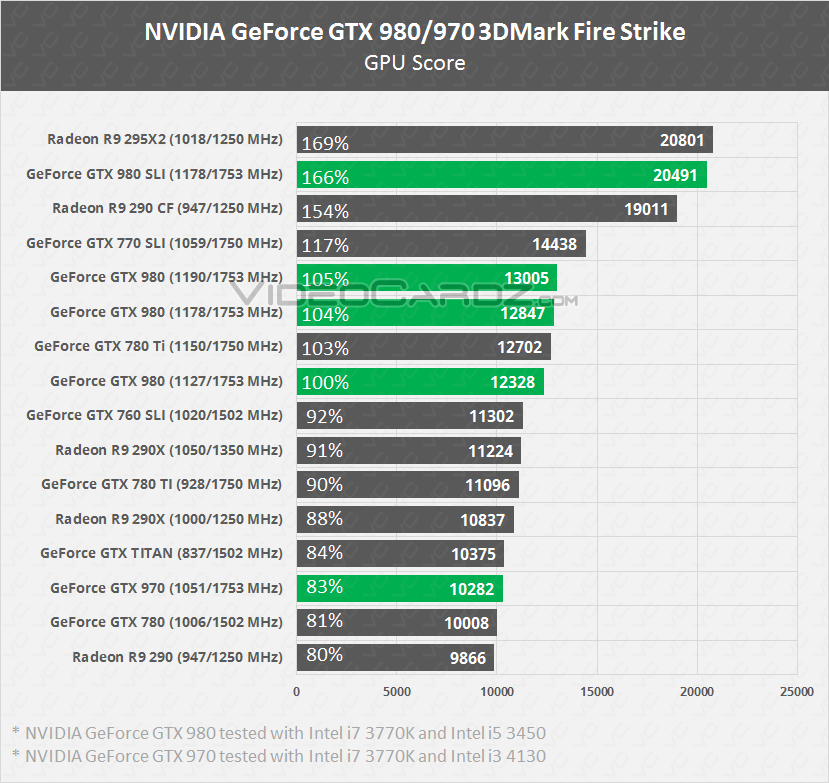