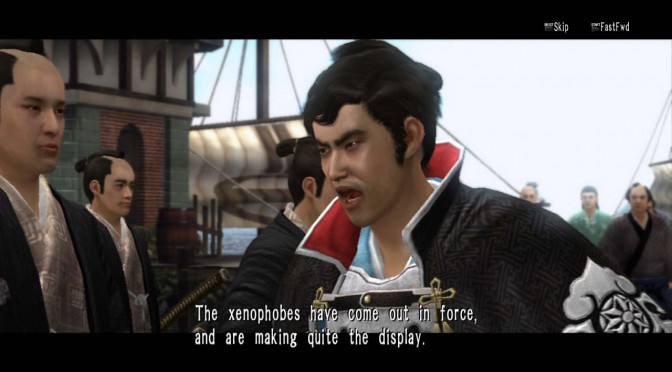 Way of the Samurai was released in 2012 on PS3 as an exclusive title. In case you’re wondering then no; this isn’t a remaster. Don’t expect higher resolution textures or more detailed models. By the looks of it, this will be a simple port, so let’s hope that it won’t be plagued by any 30fps frame-rate lock or mouse acceleration/smoothing side effects.

Here is what Ghostlight had to say about the game:

“Way of the Samurai 4 features an awesome dynamic combat system allowing the player to use a wide array of melee and gunpowder weapons to fight enemy samurai. But Way of the Samurai 4 isn’t all about combat as it also offers a vast array of character customization options, weapons and equipment upgrades and a chance to learn a strange new language, English.”

Kudos to our reader ‘walikor’ for spotting it!