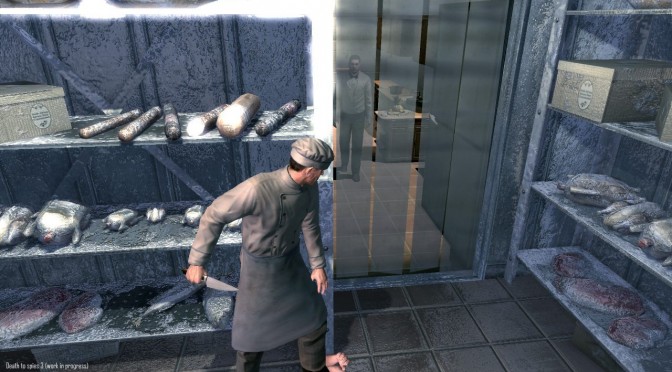 Haggard Games informed us today about the launch of a Kickstarter campaign on September 9th for the third part of its legendary game series “Death to Spies”. The team aims to raise $85000 by October 24, 2014 with a plan to release the game a year later, in October 2015.

Death to Spies 3 is a stealth action game, which combines the essence of game classics such as Hitman, Commandos and Splinter Cell titles. It’s the third part in the series, with all the action occurring during such significant periods in human history as World War II and the Cold War.

“Taking place in five countries (Europe and the United States), the main storyline is interspersed into the dramatic story of the John F. Kennedy assassination and the conspiracy theory behind it. You play a KGB agent, who uses various sneak and spy skills to complete his mission objectives. Furthermore, the team mode will allow a player to involve two more game characters with unique sets of skills and tools, switching between them any time during the gameplay.”

-Social stealth based gameplay.
-Non linear open levels with multiple ways to complete objectives.
-Single player with team mode – Ability to play and control for up to three characters. Each one has a unique set of skills and tools.
-Historical setting – Story based on historical events in a World War 2 and Cold War period.
-Wide range of weapons,tools and sabotage ways.

There is also a demo for you try that can be downloaded from here.