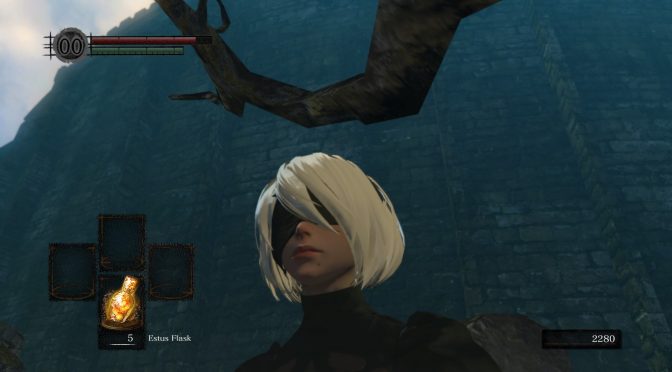 Dark Souls and NieR Automata fans, here is something for you today. Modder ‘Cherrydoom’ has released a new mod for Dark Souls Remastered that replaces the main character with 2B from NieR Automata.

According to the modder, the model replaces the Hard Leather Armor set, so you can get it at the start of the game by selecting the Warrior class. This mod works for both male and female characters and parts are separated so they can be mixed and matched with original Dark Souls armor (though only the full outfit has been tested for collision issues).

This is a pretty cool mod and is a bit similar to the mod/character model swap we reported for Monster Hunter World. It’s latest version 1.2 connects 2B’s thigh and stocking meshes so there’s no weird tearing in game.