We don’t know much about this title, apart that it is coming on current-generation consoles (and obviously PC). 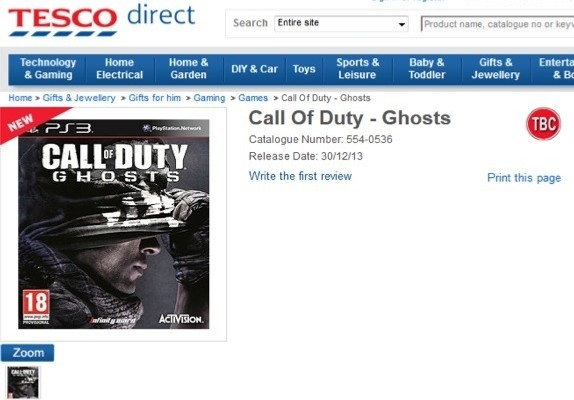 According to earlier rumors, the announcement of the new Call of Duty game is planned on May 1st, and the campaign of Call of Duty: Ghosts will be set in the future similar to Black Ops 2, but with only current-generation weaponry.

If the title is correct, then we’ll have an announcement in a couple of days so stay tuned for more.

Here is the video that leaked the game’s title back in March!