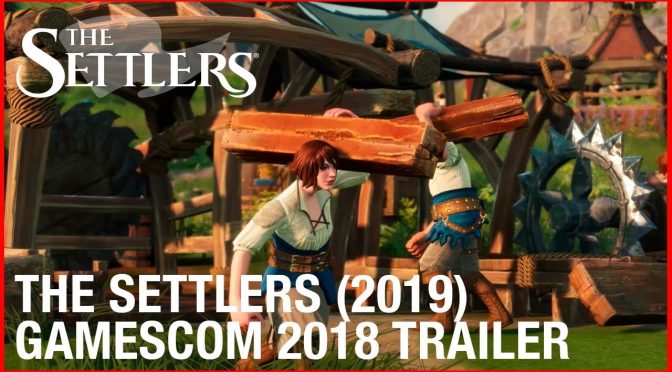 Ubisoft has announced that 25 years after the debut of The Settlers, the legendary build-up strategy series will return to Windows PC, under the leadership of Volker Wertich, the inventor of the series. The Settlers will release in 2019 and promises to allow players to explore, conquer, and settle new islands in a medieval fantasy world.

The Settlers will combine a fresh take on the familiar gameplay mechanics of the series with new features like a new food system and a motivational meta-game to create a unique game experience. The campaign and optional side missions can be played either solo or co-operative.

The game will feature various online multiplayer modes offer thrilling skirmishes between players for long-lasting fun. The game will be also powered by Ubisoft’s proprietary Snowdrop engine, The Settlers sets a new visual benchmark in the build-up strategy genre.

In order to celebrate this announcement, Ubisoft released the game’s debut trailer that you can find below!