Bandai Namco and and Supermassive Games are proud to announce a brand-new horror anthology series, The Dark Pictures. The Dark Pictures Anthology is a series of stand-alone, cinematic horror games, designed to present a new terrifying experience on a regular basis. Each game is unconnected and will feature a brand new story, setting and new cast of characters.

The first game in the anthology will be called The Dark Pictures – Man of Medan. In Man of Medan, four young Americans set sail on a diving trip, to find the rumoured location of a WWII wreckage. As the day unfolds, and a storm rolls in, their trip soon becomes something much more sinister. Who will live? Who will die?

Players can take the role of each of the five protagonists, the four Americans and the captain of the boat, each with a different perspective. Explore and discover the mysteries of their terrifying situation, and be forced to make decisions that will change their lives forever.

Each game is designed to be replayable, with branching storylines, paths, and numerous endings designed to keep players coming back for more. Players decisions are vital for survival of all the characters. With any combination of choices made can result in any of them surviving, dying or worse.

“We are incredibly excited to announce the Dark Pictures Anthology and the first game in the series – Man of Medan. With each title being a standalone game, we have the opportunity to create a unique horror experience every time, with new stories, settings, characters and cast. As a studio we have a passion to deliver powerful cinematic horror, and we can’t wait for players to experience these new games across PS4, XBOX and PC. We have a great partner in Bandai Namco Entertainment and we look forward to working with them to help bring these terrifying tales to gamers everywhere.”

“We’ve been working with the amazing team at Supermassive Games to bring this vision together and we hope that fans are as excited to see the game for the first time at Gamescom – as we’ve been creating it. As well as creating entertaining experience, we want to be innovative as a company. The Dark Pictures, is the first example of a horror anthology series within the video game world, which positions gaming to a style closer to their favourite TV shows with new, standalone experiences brought to fans on a regular basis. It’s a bold new model, but one we believe fans of both gaming and horror will love.” 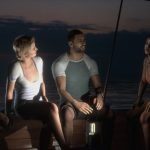 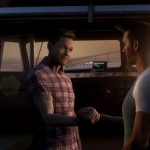 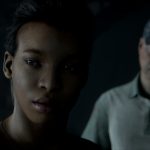 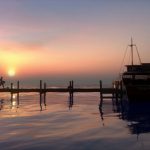 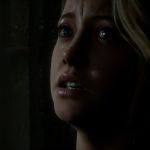