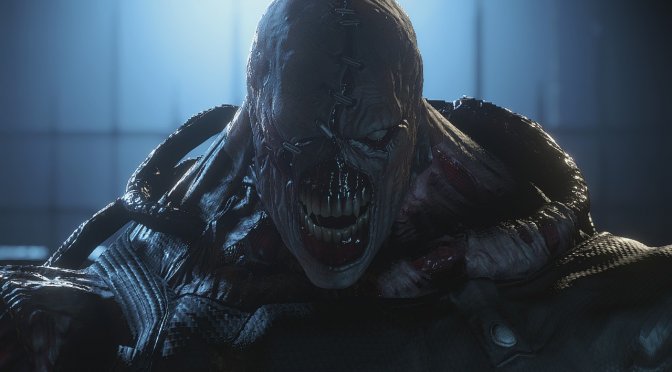 Back in March, we informed you about a mod that promised to bring the Classic Nemesis to Resident Evil 3 Remake. Unfortunately, that mod was immediately taken down and has not been re-released since then. Thankfully, though, there is now a new mod that brings back our beloved Nemesis.

As you may have guessed, this mod simply replaces the new designed Nemesis head with the classic one. And that’s it. By using this mod, you won’t have to look at those bizarre teeth. Seriously, what was with those teeth of the new Nemesis.

Resident Evil 3 Remake came out on April 3rd. Since then, Capcom’s horror game has received some cool mods. There is already a Jill Valentine Nude Mod, a Metal Gear Solid Big Boss Mod and a NieR Automata 2B Mod. You can also download a Dino Crisis Mod, something that most dinosaur fans will find cool. Oh, and let’s not forget the Jill Valentine Julia Voth Mod.

Furthermore, the Ultimate Trainer Mod allows you to change FOV, remove Vignette, and do some really cool changes to the game. And yes, there is already a mod that unlocks the 30fps animations of distant zombies.

You can download the Classic Nemesis Mod for Resident Evil 3 Remake from here.