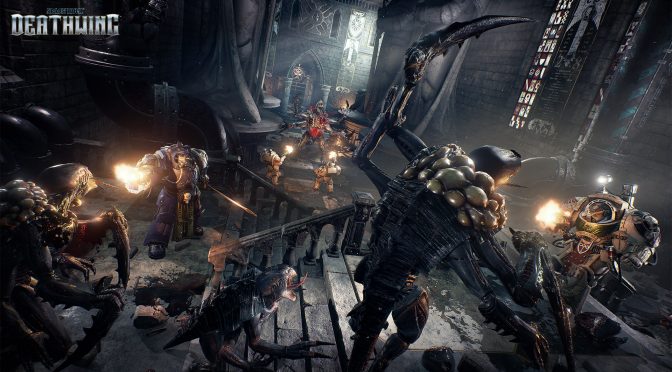 Focus Home Interactive and Streum On Studio have released new free content for Space Hulk: Deathwing – Enhanced Edition. Included in the massive update is a new map, Infested Mies, playable in Solo Special Missions and Multiplayer Co-op. With more verticality than any other map, these twisting underground caverns and corridors strike a balance between terrifying claustrophobia and wide-open battlefields.

As the press release reads, this brings the total multiplayer map count of the game to eight, each with a massive amount of replayability on different difficulties and with various squad compositions. With improvements made to the general balance of the game as well as specific issues with AI Terminator team-mates, single-player and multiplayer games are improved substantially.

Also included in this update is the ability to turn off the HUD. This can give an additional level of difficulty and realistic feel to the fighting, as well as being the perfect way to make your own fantastic screenshots. On top of that is a raft of bug fixes and tweaks to keep the game running smoothly.

The update is going live today on PC. The Infested Mines DLC will be available through the Steam platform using the DLC menu on the game page.