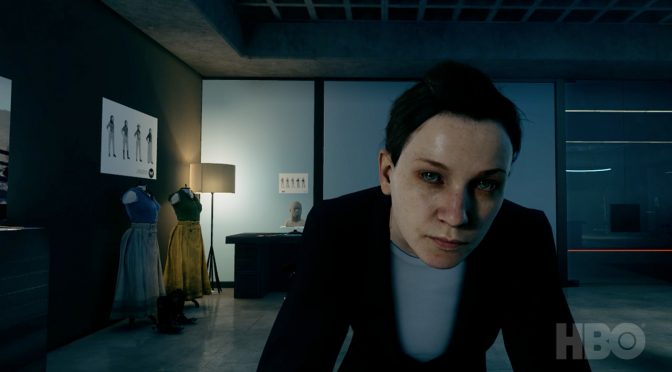 Westworld fans, here is something for you today. Warner Bros and Survios have announced that the official VR game for the Westworld series, Westworld Awakening, is now available on Steam. Westworld Awakening is a narrative-driven experience in which you assume the role of a host, Kate.

Players will have to overcome an entire world designed to destroy and enslave them. As you navigate Delos’ labyrinthine laboratories and offices, you will encounter iconic scenes and settings?, solve puzzles, and interact with (and manipulate) other hosts.

At the same time, Hank, a relentless serial killer host, is in constant pursuit, forcing you to react quickly. To escape, you must plunge into Westworld’s secret past and overcome an entire world designed to destroy and enslave you.

Survios recommends an Intel i7-4770 with 16GB of RAM and an NVIDIA GeForce GTX 1070 for running this VR game. The game will also require 17GB of free hard-disk space.

Westworld Awakening supports both Viveport and Oculus, and requires a gamepad. In other words, the game does not support keyboard and mouse at all.

I’ve also included below a trailer for this Westworld VR game, so make sure to watch it!